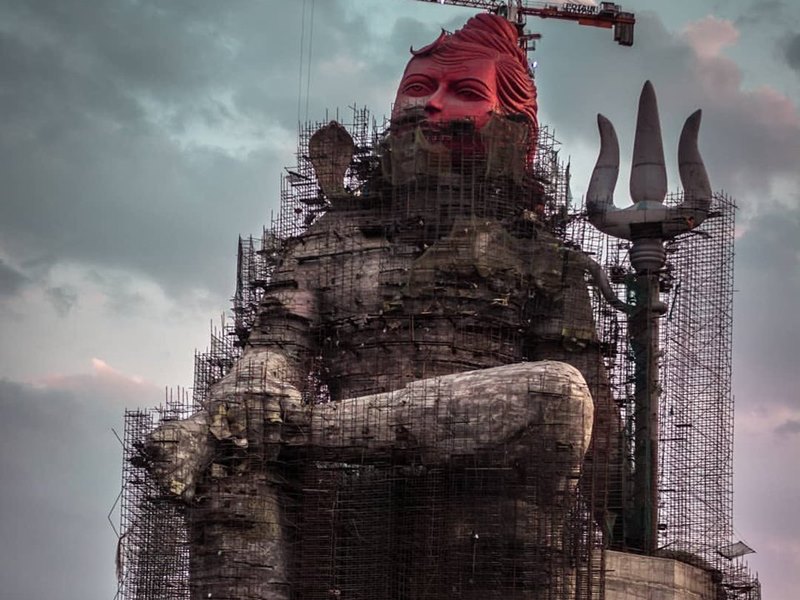 Nathdwara is situated in the heart of Rajasthan on the banks of the Banas River. It is also a picturesque place and holy Hindu spot, with thousands of visitors flocking each year. Nathdwara is also renowned for the “pathway paintings” in the
Rajasthani style, which has a long tradition in the style. The charming town of Nathdwara refers to “The Gateway of the Lord.’ This city owes its name to this renowned temple because Nathdwara means ‘the gateway to Shrinathji.’ This
place has many choices for visitors and is also considered a foodie paradise. Nathdwara is all in all a rich town with architecture and religious value.

How to reach Nathdwara

By Air: There’s no direct airline for Nathdwara. Udaipur which is about 60 km away is the closest airport to Nathdwara. From the airport to Nathdwara, several bus and taxi services are available. The taxi fare is INR 700 roughly. The nearest
airport is Nathdwara-Udaipur-40 km.
By Road: State-owned buses from neighboring towns can reach Nathdwara. Volvo buses from major cities such as Mumbai, Delhi, Jaipur, and Ahmedabad to Udaipur are available.
By Rail: There is no railway station operated by Nathdwara. The nearest train stations are Mavli Junction, situated within 30 kilometers from the town of Nathdwara, and the Udaipur City Train Station. Mavli Junction is not an important
railway station since the Udaipur City Railway Station has stopped all trains. Nathdwara Local Transport: Thanks to the transport services available here, the interior of Nathdwara is easy to turn. In any part of the city, rickshaws and taxis
are easy to get. But the best way to explore this little town is via buses.

The best time to visit Nathdwara is the winter season from September to February. The weather is good and great to explore the beautiful city freely during this season. The atmosphere is harsh for the remainder of the year. With
temperatures up to 42 degrees Celsius, summers are unstoppably hot. With days averaging 26 degrees Celsius, the winter is relatively colder and the nights as cool as 9 degrees Celsius. From September to February is regarded as the best time to visit this location.

Famous places to visit in Nathdwara

Feel the divine presence at Shreenathji Temple
Shrinathji is the home of the 7-year- old “boy” embodiment of Lord Krishna, the popular Vaishnavite sanctuary. In 1672 AD, the god was originally worshipped in Mathura and moved on the Yamuna. The divine presence you may encounter
when entering the sanctum sanctorum and looking at Lord Krishna’s enchanting, beautifully sculptured statue. While the queues of darshan are typically long, the spiritual vibes of this devoted place and the immense faith sustain their fidelity.
Time to visit Nathdwara temple include seven times are available from ‘Mangla’ (5:45 AM-6:30 AM) and ‘Arti’ (5:15 PM-6:00 PM) for the final night.

Walkthrough the Annals of History at Haldighati
Raja legendary brave heart, Maharana Pratap, is undoubtedly one of Nathdwara highlights for its historical value it is the famous battlefield in which he took over the powerful Mughal army of Akbar. Haldighati is now a mountain pass in Aravalis (the name of his turmeric-colored ground). Holdighati feels that the valiant Maharana of Mewar is present and you can spot the cenotaph dedicated to his faithful horse Chetak. Don’t miss a near visit to his memorial and museum for a recollection experience.

Take a glimpse into the life of the braveheart at Maharana Pratap Memorial
This well-maintained museum is a tribute to a Maharana Pratap who spent his whole life defending his country and people. It is one of the most motivated, courageous, and audacious rulers of Mewar Impressive statues depicting Haldighati battle, life-like sculpture, and insightful film about Maharana Pratap, give us an insight into the life of this brave warrior. The light-sound show that tells the stories of his bravery is informative and eye-friendly.
Timings: 9:30 AM to 7:30 PM
Entry Fee: INR 100/personoa in the spiritual vibes at Dwarkadheesh temple Just 18kms from Nathdwara is another shrine of Krishna, which is visited along with the Shrinathji Temple by thousands of devotees. The lovely statue of the god
is a sight to behold, exuding optimistic vibes and aura. Built like a bold haveli, the giant temple is a quiet spiritual retreat along the lake of Rajsamand for a quiet time in the presence of God.
Darshan timings: 7 AM-11 AM; 4 PM-7 PM
Foodie tip: Do not miss the refreshing mint & ginger tea and yummy ‘bhajiyas’ outside the temple.

Marvel at the exquisite mirror work at Charbhuja Temple An hour’s drive from Nathdwara is this famous Vishnu temple that pilgrims throughout the State highly venerate. Established by King Gang Dev in 1444 AD, this old temple shows excellent mirror work and marble carvings, as instructed in a divine dream. The idolized image installed in the temple is considered the sameas Pandavas, which makes it historically significant. The temple exudes grandeur and divinity with its entrance guarded by towering stone elephants.