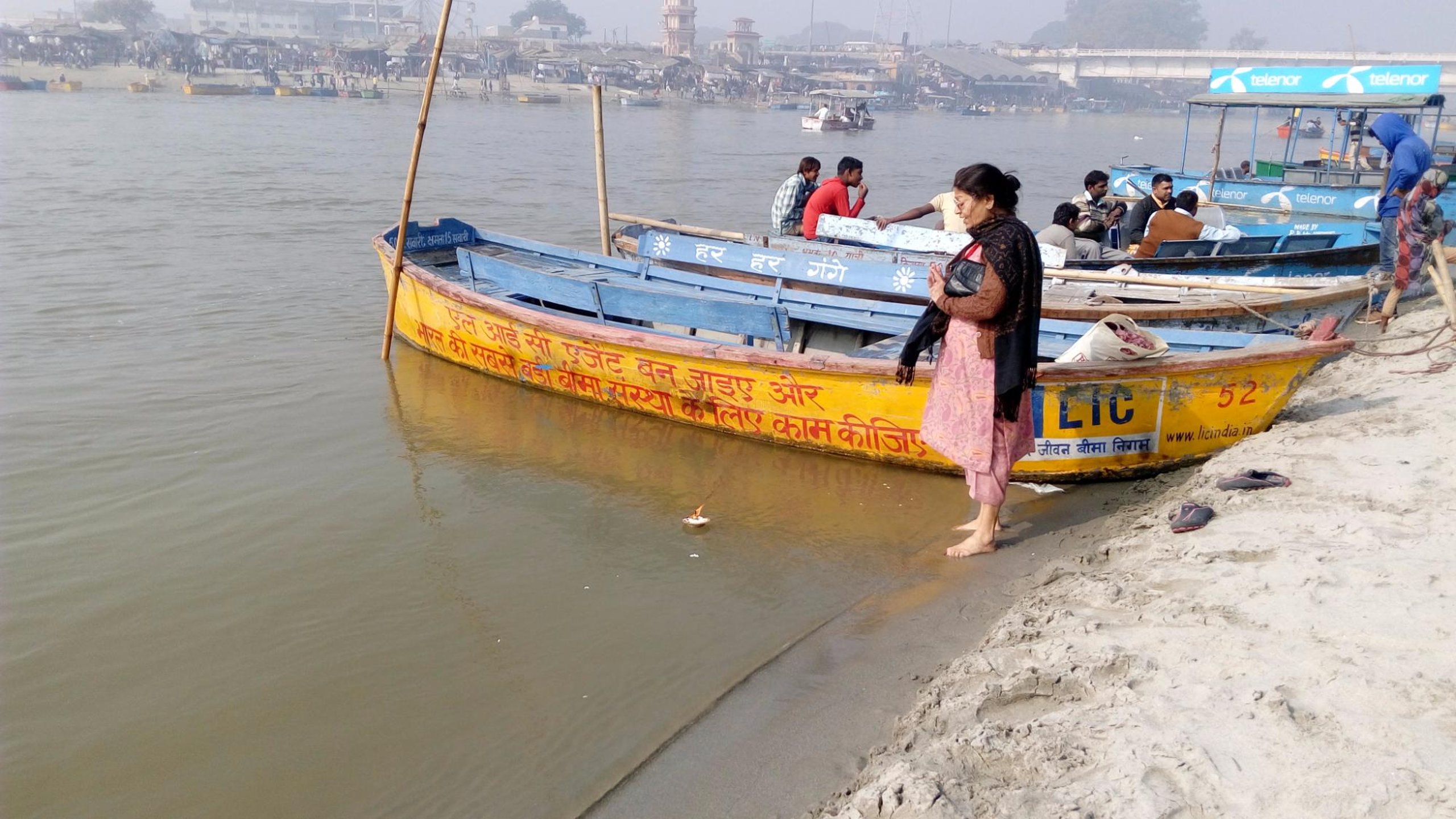 Garhmukteshwar is a small town in Hanpur district of Indian state, Uttar Pradesh.Brij Ghat is twin city to Garhmukteshwar, which is the home to thousands of temples. King Shivi, one of the ancestors of Lord Rama, took his last breath in this town as a self – punishment.

Garhmukteshwar climate is monsoon influenced, i.e. humid sub-tropical, which means summers are extreme hot and winters are cold and dry. So, the ideal time to visit the place is early winters and early summers i.e. in October, last February to early March.

Mukteshwar Mahadeva temple stands on ancient examples of radiant architecture in India. The ancient temple has 100 steps (now 85 remaining) leading down to the river. The temple has Goddess Ganga statue, Shiva statue and Lord Brahma statue made out of shining white marble. There is some magic in the steps of temple; when you hit a step with a pebble, it makes sound like splashing of water. Till date scientists couldn’t find science behind it.

Brij Ghat or Garh Ganga Snaan Ghat is within the premises of Ganga Mandir, thousands of devotees from all over the world visit the temple and take a dip in holy water of Ganga, to wash away all their sins and can go heaven by getting rid of cycle of re-birth.

Garhmukteshwar is situated on NH 9. The town is accessible by state and private buses from New Delhi, Mohan Nagar, Meerut, Ghaziabad and Agra. Mostly tourists prefer, a little road trip to Grahmukteshwar from New Delhi.

Garhmukteshwar station lies between Delhi and Moradabad railway line, many of the passenger trains and few express trains halts here coming from New Delhi, Hanpur, Ghaziabad, Lucknow, etc. The distance between Grahmukteshwar train station and town can be covered by walking. The minimum charge for a train ticket is Rs140.

The nearest airport is Indira Gandhi International Airport in Delhi at approx 100kms and can be covered in 2 hours. The town is perfect weekend trip; you can drive your vehicle or can board on bus or shared cabs.