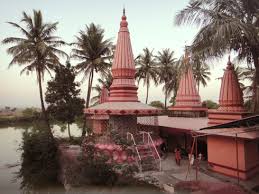 Loni is a very small town in Ghaziabad district of Indian state of Uttar Pradesh with. The Loni fort we see today was damaged by the invasion of Mohammad Shah in 19th century. It is believed that Lord Ram’s brother, Shatruguna has killed devil Lavansura in this fort. The city is a historical site and has been mentioned several times in epic Ramayana.

The town experiences humid subtropical climate, which means summers are extreme hot and humid, winters are airy and mild and monsoons are extreme. The winter starts from November and lasts till February. The average temperature in winters is about 18 degree Celsius optimum for sight-seeing. The ideal duration to stay in the city is 2 days.

The nearest railway station is NOLI railway station, many of the passenger trains coming from Delhi junction and Ghaziabad Junction halts here, that means the city is well connected to all the major parts of India.

Loni and Delhi are now connected by metro and the metro network is called “Pink Line”. The metro station in Delhi connecting to Loni is Shiv Vihar Metro Station.