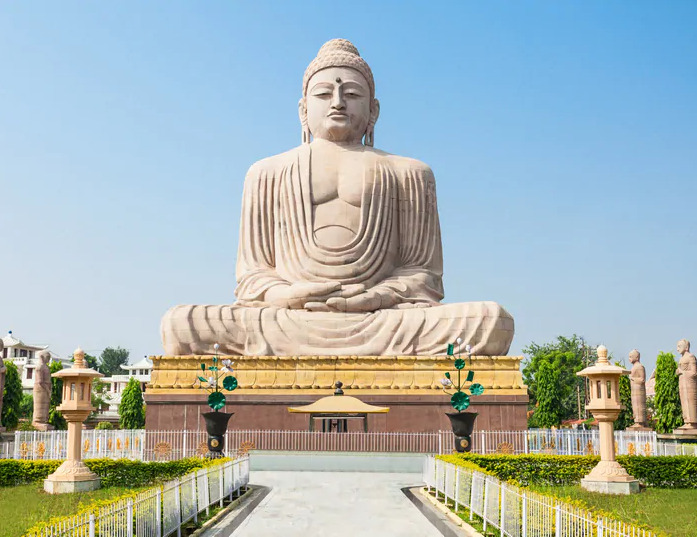 Gaya is an ancient city in Bihar, India. The city acquires its former name: Gayapuri after the name of the demon Gayasur. Now, the city is known by the name Gaya. It has a total land area of 308.31km2. It is the state’s second-largest city and is also densely populated. The languages habitually spoken are Hindi, Urdu, and Magadhi. Gaya is blessed in Jain, Hindu, and Buddhist religions. It is the place where Rama, Sita, and Laksham came to offer pind-daan after the death of Dashrath and in Mahabharata, Gaya is referred to as Gayapuri. It is believed that Lord Buddha has attended Nirvana in Bodh Gaya. Therefore, it is mentioned as one of the four most important pilgrimage sites for Buddhism. The best time to explore Gaya is the winters: October to March as the maximum temperature reaches 30 degrees Celsius. Two days must be enough to explore the city of Gaya and Bodh Gaya. Bodh Gaya is approximately 16kms away from the former city.

By Railways:-
Gaya has a Gaya Junction. It has direct trains to cities like Chennai, Kolkata, Kanpur, Mumbai, Delhi, Amritsar, and Ahmedabad. Passenger trains also run in between cities like Patna, Rajgir, and Jehanabad. The traveling cost of railways ranges from 500 to 2000.

By Air:-
The Gaya airport is also known as Bodh Gaya airport. It is an international airport. Thailand and Sri Lanka Airlines have direct flights connecting the Gaya International Airport with their respective countries during the Buddhist festive season. The average charge per person for International travelers is around 9k to 11k. A domestic flight connects Gaya with Bangalore, Chennai, Mumbai, Kolkata, New Delhi, and Ahmedabad. The average charge per person for a domestic flight is 3k to 7k. The International Airport is 7kms far from Gaya and 11kms from Bodh Gaya. This distance is easily covered by taxi or an auto-rickshaw.

By Road:-
National Highway 2 connects the city with Kanpur, Kolkata, Varanasi, Agra, and Delhi. The National Highway 83 connects Patna and Gaya and the distance is about 105kms which is approximately covered in 4 hours by bus or taxi. Bihar State Tourism Development Corporation runs many buses from several cities of Bihar to Gaya. With the expansion in tourism, the private bus owner runs many buses between Gaya and Kolkata, Nalanda, Ranchi, and Jamshedpur at their local rates.

Explore the beauty of Vaishali city in Bihar https://indiain360.com/vaishali/