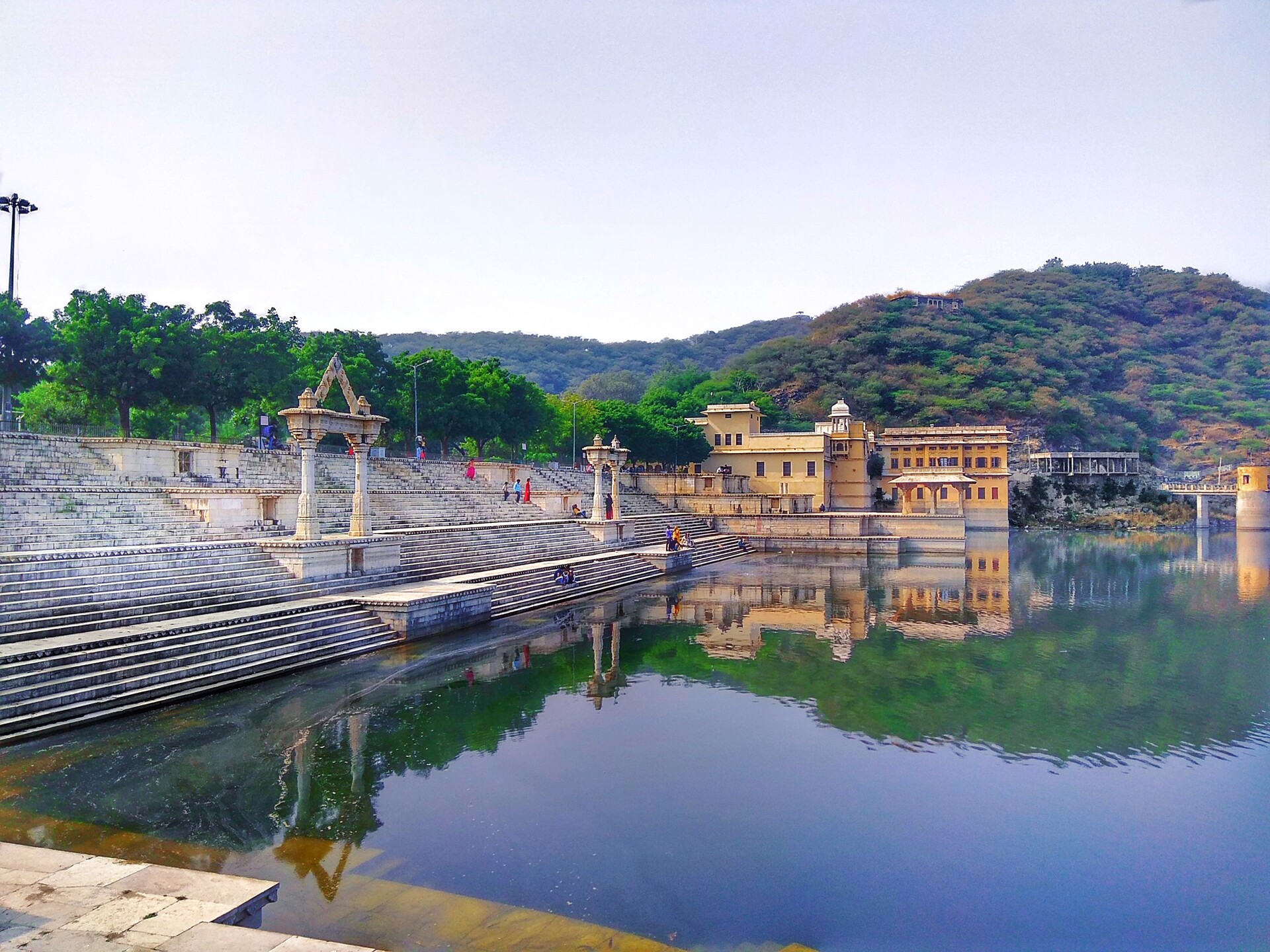 Lake, which is the world’s second-largest artificial lake. The town also has religious significance for various religions, apart from the renowned historical buildings in Kumbhalgarh and Haldighati. Rajsamand is the location of the famous temple of Shrinathji, the chief deity of the religion of Vaishnav. In Rajsamand there is Dwarakadhish Temple that is supposed to have a miraculous idol. There is also a famous four-handed temple of Lord Vishnu (Charbhuja). There are also several temples devoted to Lord Shiva here. Rajsamand is best known for its marble craft, which is the country’s only largest unit and district producing marble. It also has a remarkable and praiseworthy distinction that it has a 1:1 ratio of men and women.

How to reach Rajsamand

Rajsamand is well connected via road. The city of Rajsamand receives regular bus services and both private and public buses, in particular the State Road Transport Corporation in Rajasthan. There is no direct flight or rail connection to Rajsamand. The nearest airport that connects Rajsamande to the rest of India is the Maharana Pratap in Udaipur, approximately 75 km away. The nearest station is the Udaipur Junction which is located not too far from Rajsamand via NH 58 at 68 km.

The best months to visit Rajsamand are from October to March. Though Rajsamand is accessible throughout the entire year, it does sprinkle with temperatures of up to 42 ° C in the summer and even in the monsoons. The days are relatively hotter with an average temperature of 26 ° C, and the nights are cooler than 9 ° C.

Famous places to visit in Rajsamand

Shrinathji Temple
Nathdwara Gate or Shrinathji temple of the Lord is most frequently visited by Hindu pilgrims at the riparian banks of the Banas River, at a distance of 48 from Udaipur, Rajasthan. The image of Lord Krishna is widely worshipped. You must visit a shrine of this famous name called the Shrinathji Temple in Nathdwara by visiting religious sites in Rajasthan.
Kumbhalgarh Fort
In the west of Aravalli Hills in the district of Rajsamand near Udaipur of the state of Rajasthan in western Indian, Kumbhalgarh (literally Kumbhal Fort) is a Mewar Fortress. It is part of Hill Fort Rajasthan World Heritage Site. It was constructed by Rana Kumbha during the 15th century. The fort is now open to the public and lit up spectacularly for a few minutes every night until the late 19th century. The village of Kumbalgarh is 82 km north-western by road to Udaipur. After Fort Chittorgarh, it was the most powerful fort in Mewar.
Sanwaria Seth Temple
The temples of Sanwaliaji in the Dark Krishna are located on the Chittorgarh- Udaipur Highway and approximately 40 kilometers from Chittorgarh in the town of Bhadsora, Mandaphiya, and Chapar. Three beautiful Lord Krishna idols were discovered as revealed in a dream when they were excavated. One was carried to the town of Mandaphiya, one to Bhadsoda and the third stood at the town of Chapar. The temples were all three sites. These three temples are situated at a distance of 5 km from each other and are a very famous tourist place now.
Parshuram Mahadev Temple
Parshuram Mahadev Temple is a Shiva Cave situated on the Rajasthan state border in India Pali District and Rajsamand District. Kund Dham is located in the Pali district in Desuri Tehsil. The main cave temple is in Rajsamand district. Pali is about 100 km far and the famous Kumbhalgarh fort is just 10 km away. The town of Sadri is 14 km away and the town of Jodhpur is 160 km away. It is very easy to reach Sadri’s low side is, although it requires a few trekking downhills from a place designated as a temple parking from Kumbhalgarh, Rajsamand, Nathdwara, or Udaipur. The ancient cave on the Sadri side is reached by climbing 500 stairs.
Rajsamand Lake
Lake Rajsamand is a lake in the Indian state of Rajasthan close to the town of Rajsamand. It is about 1,75 kilometers (2.82 km) wide, 6 kilometers (6.4 km), and 18 meters (60 feet) deep. It was built in 1660 by Rana Raj Singh. It was established across the rivers of Gomati, Kelwa, and Tali with an area of about 196 sq miles (510 square kilometers) in size. This is a very peaceful sight to visit.