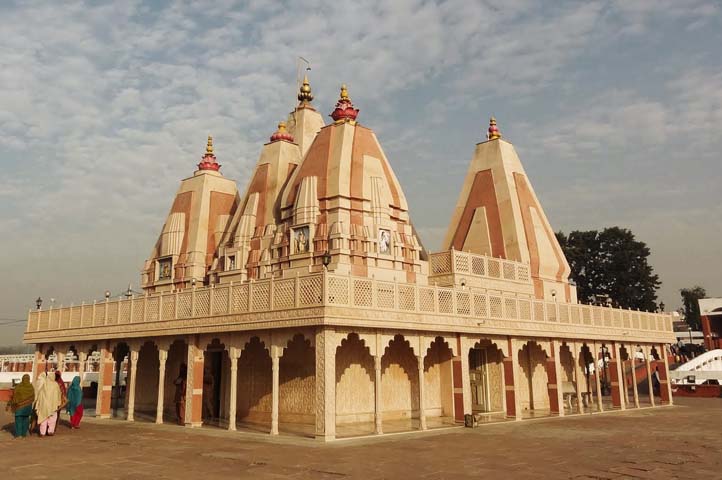 Kurukshetra, also known as Dharmakshetra is a city in the state of Haryana and is called the “Bhagavad Gita” of the country. The site is famous in the Hindu Epic, Mahabharata, for combat between the Kauvaras and the. Kurukshetra has historically been one of the main centers for Vedic civilization and education. Lord Buddha and many Sikh Gurus known in Kurukshetra to have spent their time visiting. The site has many devoted shrines, sanctuaries, and shrines, which date back to epic times and the earliest civilization of the Indians. During the pre-Harrapan times, archaeological evidence claimed this city existed. Also named Kurukshetra Thanesar or Sthaneswar, which means ‘God Square’ Archeological evidence suggests that Ashoka, the founder of the Mauryan, made Kurukshetra a learning hub for individuals from around the world and tourists gets attracted to historical attractions at the place.

How to reach Kurukshetra

There isn’t an airport in Kurukshetra, but you can take a bus to Chandigarh (102 km) or Delhi (160 km) by flight. The nearest airport is Chandigarh Airport.

From Kurukshetra cities like Ludhiana, Delhi, Rohtak, and other cities are easy to reach by road.

Kurukshetra has a separate connection with India’s major cities. It is convenient and economical to travel by rail to Kurukshetra. The fastest way to navigate the city is by car-rickshaws.

The most revered place in the Kurukshetra is Jyotisar or the famous birthplace of Gita. It is mentioned that the Mahabharata battle in Jyotisar began. Tourist visits this holy destination for a spectacular sound and light display which is held both in Hindi and in English every evening. Visiting this place offers you peace of mind and refreshment.

The Brahma Sarovar is a long-lasting water pool connected to the founder of the universe Lord Brahma. King Kuru the father of the Kaurav and Pandavas excavated the tank for the first time. This majestic, venerable place is one of Kurukshetra’s most popular places to visit.

A recent addition to Kurukshetra is the Tirupati Balaji temple devoted to Lord Vishnu. It was specially built in Haryana and North India for Lord Tirupati Balaji devotees. Devotees in the north of the country come to visit the temple and get the blessings of Venkateswara Swamy.

Originally a mosque was founded in 1630 by the Mughal Emperor Shah Jahan, The Gurudwara Mastgarh. Much later the mosque was turned into a Gurdwara. Tourists especially Sikhs come from all over the place to visit the famous Gurudwara mastgarh and get the blessing.