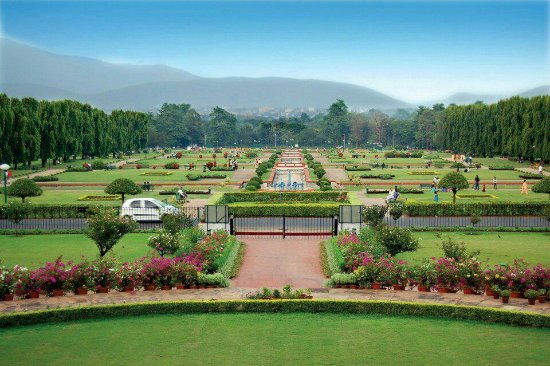 Jamshedpur is the largest city in Jharkhand. It was founded by Jamshetji Tata, founder of Tata group; the city is named after him. The megalopolis is also called as ‘Pittsburgh’ of India because of large production of steel and iron. The place is located on hilly regions surrounded by Dalma hills and Ukam hills covered with dense forest and it’s bordered to West Bengal and Odisha. The total area is about 224 km sq. It has tropical wet and dry climate so the preferred time is early winters; between November to March. The official language is Hindi, but the considerable population speaks Odia, Santhali, Urdu, Kurmali, Bhojpuri and Maithili. It is ranked as the cleaniest city in India by Swach Survekshan 2020 and 84th fastest growing city of world according to City Mayros Foundation. Jamshedur is rich in Iron ore, coal, manganese and lime. TISCO (the erstwhile Tata Iron and Steel Company) situated at the heart of the city. Tata Steel plant is largest and oldest iron and steel producing plant in India.

State owned and private buses are regularly available from Jamshedpur to Patna, Ranchi, Hazaribag, Bhubaneshwar etc. The buses facility varies from AC to Non-AC and Volvo to seat. The bus fair varies from owners to owners.

Tatanagr is the utmost railway station for the express, passenger and loading trains. The train does to and fro from Jamshedpur to Delhi, Chennai, Kolkata, Mumbai, Guwahati, Amritsar and Dhanbad etc.

The nearest airport is Birsa Munda Airport in Ranchi that has regular flights to Delhi, Mumbai and Patna etc. located around 150kms away from main city land. Tourists mainly prefer Cabs or buses for the distance.