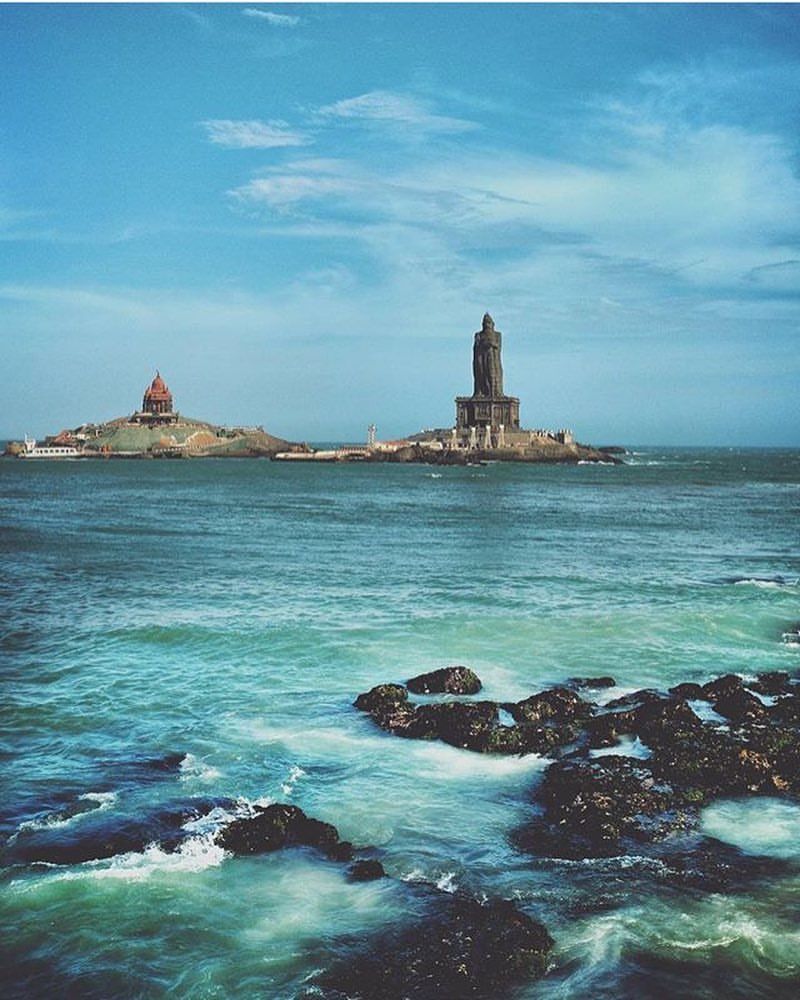 Kanyakumari is a small city and also the administrative headquarters of Kanyakumari district having land area of 25.89 km sq. The place is also known by the name of Cape Comorin (during British rule) or The Land’s End. This town is a southernmost part of Indian Subcontinent, located at the peninsular tip with height of 30m above sea level. This epitome of beauty is named after goddess Kanyakumari (the virgin Goddess) and its existence has been mentioned since the sangam period in the Tamil literature. The small town is surrounded by coastal plains on 3 sides; the Arabian Sea, the Bay of Bengal & the Indian Ocean. This place is a popular tourist spot among Indians and is well renowned for its unique ocean sunrise, sunset and moonrise. Apart from the natural beauty, the place has played an important role in epic Ramayana & Mahabharata. Earlier, tourism and hospitality used to be chief economy source of the district but now on the outskirts of Kanyakumari, several industries have been set-up and is becoming a hub for industrialists because of its location.

Since, the district Kanyakumari is southernmost point of the Indian subcontinent and is naturally affected by the 3 side bordered coastal plains. There are many weathers for you to choose from:
First are monsoons i.e. from June to Septembers where you can enjoy the heavy rains that compliment well to the natural beauty of the place.
Second is the fall season i.e. October to November.
Third season is the winters i.e. from December to February when the average weather is cool, cozy and pleasant for roaming around the city.

The distance between the city area and the bus stand is less than 4kms, and there are ply of state & overnight private buses available to Kerala and Tamil Nadu, Thiruvananthapuram, Bangalore, Madurai, Nagercoil and Chennai.

The city of Kanyakumari has its own railhead known as Kanyakumari Central Railways and has frequent trains from Mumbai & Bangalore. The second serving railhead is Trivandrum Central railway station, which is very well accessible to almost all Indian cities. The first class trains to Kanyakumari will costs you around Rs. 2200 to 3100 per head.

The nearest international airport is the Trivandrum international airport located at the distance of 90kms away and the nearest aerodrome is Tuticorin airport distanced at about 85kms approx from the main city area and by combining both of the airfields, they has great connectivity to almost every part of the country. From airport you can either take local bus or taxi to the destination and the average flight will cost you Rs. 5500 per head approximately.