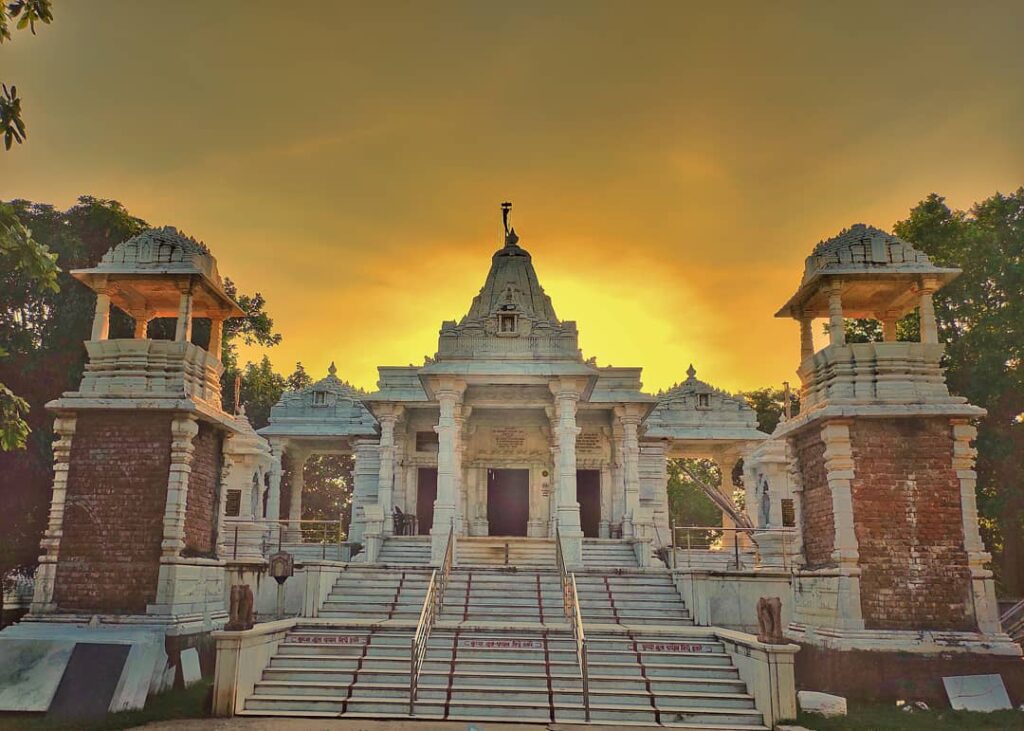 Shikhrji is in Giridih district situated on Parasnath hill, which is the highest peak in the state of Jharkhand with the elevation of 1365 m. The region is also known by the name of “ Sammet Shikhar” or “peak of concentration”.  It is the important site for Jain pilgrims because 20 out of 24 thirthankars along with some Buddhist monks made their way to enlightenment. The pilgrimage to this place is round trip of about 54kms either by foot or doli (doliwallas).  Madhuban forest is the base of Shikharji. In between there are many tea, coffee, juice and snacks vendors for the comfort of pilgrim. The place has 20 different temples for 20 Tirthankars. Some temples are newly built but the idols are old (back to 18th century) and strong. The major festival here is Paryushan; auspicious 10 days of Jainism. On August 13, 2013 a replica is successfully built in New Jersey over 120 acres of hilly terrain. The place in New Jersey is called as “Shikharji at Siddhachalam”.

The road trip to shikharji is not majorly approached by tourists because of the bad maintenance of roads and increasing attacks of Naxalites.

Parasnath rail station is the nearest station to Sammat Shikhar located in Dumri, Jharkhand. It is 25kms away from Madhuban. Frequent trains from Kolkata, Bombay, Delhi, Indore, Ratlam are discovered to Paranath station. The ticket charge per person is around Rs. 400 to Rs. 1200. Usually, tourists hire cabs from railway stations to their check –in places.

The nearest private airport is Kazi Nazrul Ismal Airport, West Bengal. But the nearest operating domestic airport is in Ranchi (Birsa Munda Airport) available at 180kms away. There are direct flights to Ranchi from Delhi, Mumbai and Patna etc. There are many state owned and private buses available from airport to Skhikharji.