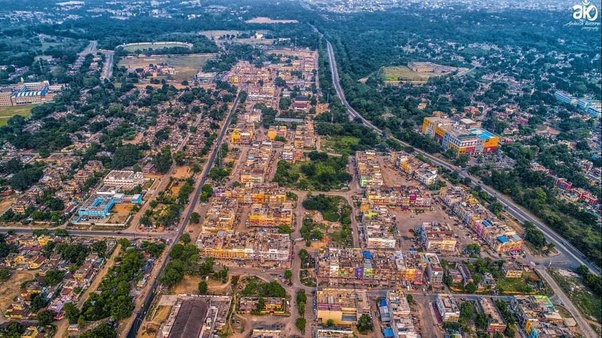 Bokaro Steel City is a major industrial centre and 4th largest city of Jharkhand. The city has total land area of 71 sq mi and elevation of 210m. The major economic source of the country is Bokaro Steel Plant set up by Steel Authority of India because of abundance of iron ores and coal with the help of the Soviet Union in 1964. The plant’s annual profit goes to Rs. 84.26 billion. The dialects here are arranged in the descending order of citizenry; Hindi, Bhojpuri, Maghai, Urdu, Bengali, Santhali and Maithili. The best time to visit the city is in September or early February. September calls for festival like Durga Pooja and Chhat Puja which are well celebrated in the city. City government has developed beautiful artificial lakes for boating and competitions to attract the tourists.

Bokaro city is located at the junction of National Highways 23 and 32. NH 23 connects Lalsot, Karauli, Bari, Dhaulpur to the city and NH 32 joins Chennai, Puducherry, Cuddalore, Vellankani etc. There are private buses also available from Kolkata to Bokaro.

The passenger, express and loading trains does to and fro from Delhi, Surat, Patna, Deoghar, Jamshedpur and Ranchi etc. The ticket price per person is around Rs. 500 to Rs.1500.

The city doesn’t have its own airport. The nearest airport is Birsa Munda Airport in Ranchi at 110kms away and has flight connectivity to Delhi, Bombay, Chennai, Amritsar,Patna, Ahmedabad etc. Shared and private hired cabs, buses of Jharkhand government run thoroughly from airport to main city area.