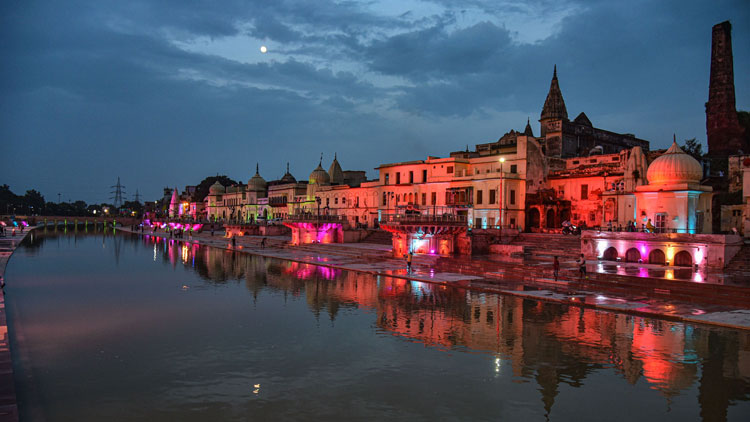 Ayodhya is a district in Uttar Pradesh situated on the banks of river Sarayu. The city is believed to be the birthplace of Lord Ram and also the birthplace of five jain tirthankars. This is the place where the setting of epic Ramayana happened. Weather in Ayodhya is mostly pleasing throughout the year so you can plan a trip any day. But if you want to enjoy the festive season and sightseeing both, then the ideal time to visit in between months of October to March.