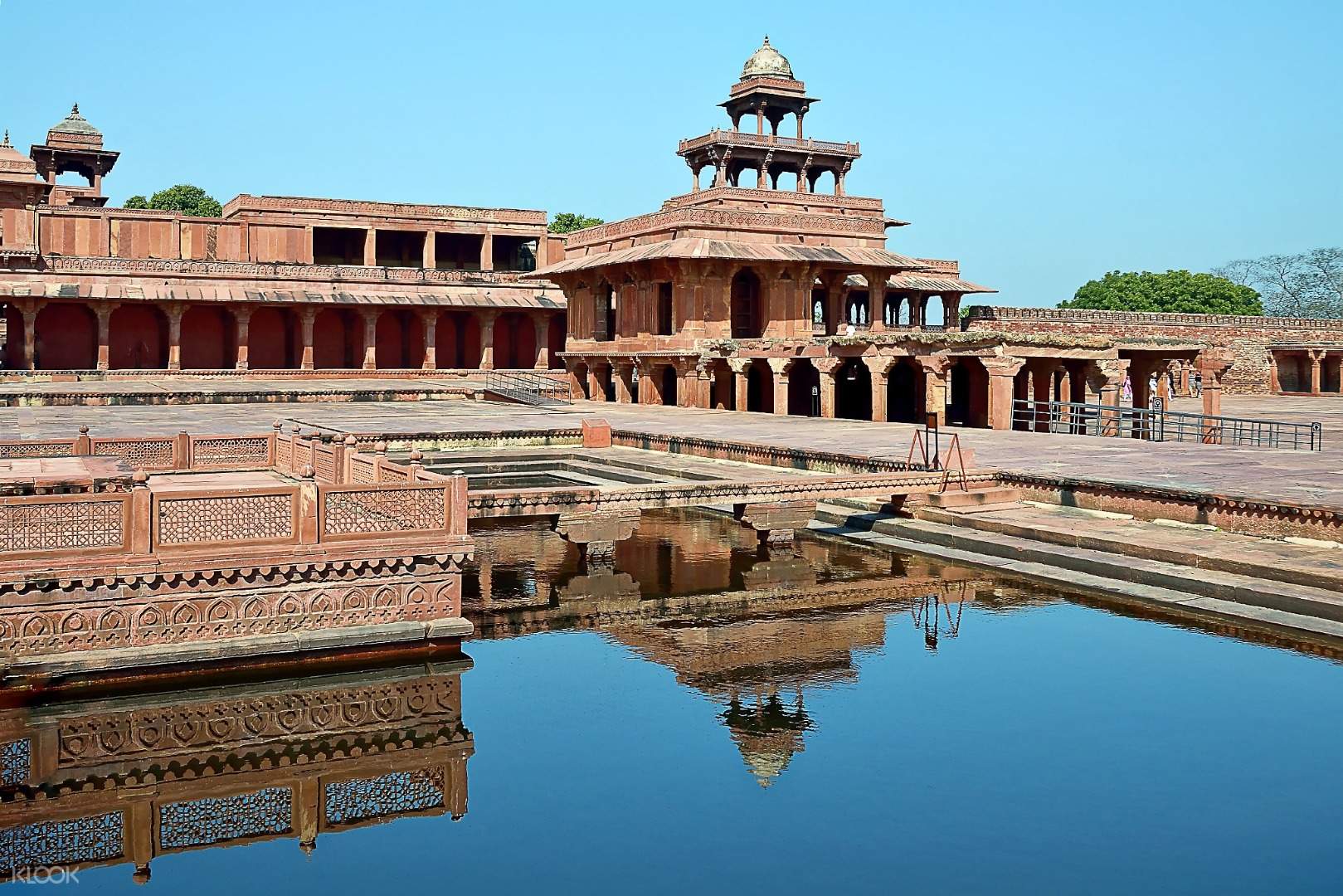 Fatehpur Sikri is a town at Agra district in Uttar Pradesh. The city is built by Mughal emperor Akbar in honor of Sheikh Salim Chisti. The city’s architecture is predominantly seen in red sandstone and is the best example of Hindu, Jain and Mughal architecture. The city was called as “city of victory” due to victorious Gujarat Campaign of Akbar. The best time to explore the city is between autumn and winters; October to March. Fathepur Sikri entry ticket for Indian nationals and tourists from SAARC and BIMSTEC is Rs. 35 and for foreign nationals is Rs.550.

This gate is 54m high from the ground level and was built by the Mughal emperor Akbar for his victory over Gujarat. The gate is made up of red sandstone with carved marble. On the main gateway it is written in Persian that Isa, son of Mary said: The world is a bridge pass over it, but built no houses upon it.

As the name suggests, this is a five storey building built in pyramid shape and supported by 176 columns. The palace is probably meant for women because the pillars are separated by stone carved web, the webs are made so that queens can enjoy the visual treat of dancing, singing and other many more events.

This palace is dedicated to Akbar’s beloved wife Jodhabai, where all the ladies of the royal family with their female servants used to live. In ancient times the palace is known by the name of “Harem”.

Other Masterpiece of Architecture

The Fathepur SIkri is pretty close to Agra. You can board a bus from Agra’s biggest bus terminal: Idgah Bus Stand. The Uttar Pradesh State Road Transportation Corporation provides buses from bus stand to Fathepur SIkri on hourly basis.

The Fathepur SIkri railway station is nearest to the city about 300m. This is a small station, trains from Agra Cantt railway station halt here. Majority of the visitors prefer taking trains to Agra station as it is well connected to cities like New Delhi, Bangalore and Udaipur.

The nearest airport is Agra airport which is about at the distance of 33kms. It is advised that you should make your night stay in Agra, and then take a day trip to Fathepur Sikri.