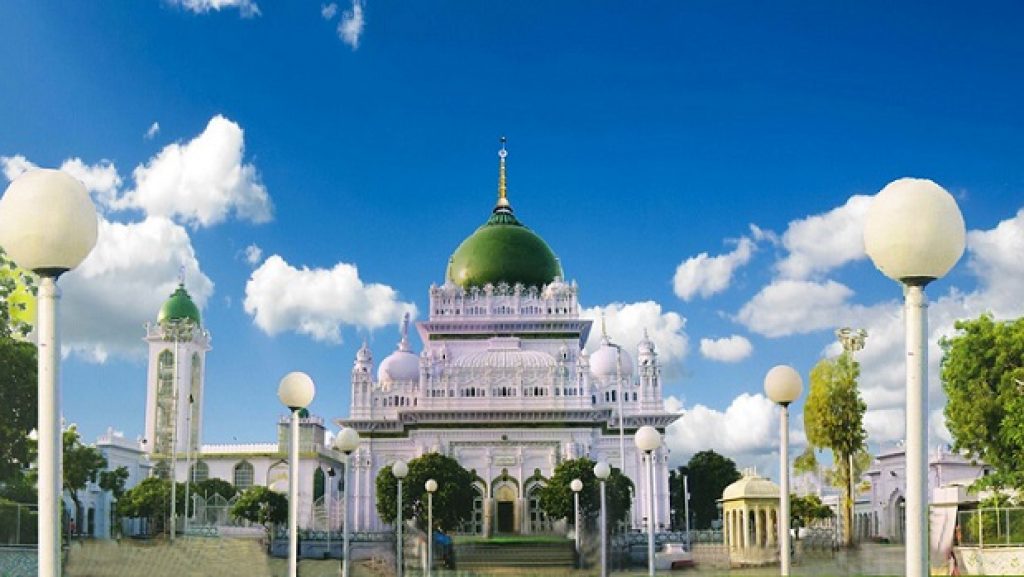 Dewa is a town at Barabanki district north-east of Lucknow of the Indian state of Uttar Pradesh. The town is known is also known by the name of Dewa Sharif, in respect of Shrine of Haji Waris Ali Shah. 73% of population follows Islam.  The state official language is Hindi but majority of the town residents speaks Urdu. The place was mentioned among the Heritage Arc of U.P. in 2012. Dewa Sharif is a prominent pilgrimage centre for Muslims.

Dewa town is packed with visitors throughout the year but number of visitors doubled up during the time of Annual Urs; the Urs marks the celebration of 10 days called as ‘Dewa Mela” in the month of October and November. During that time, the town organizes a lot of cultural programmes of dancing, singing and sports events like football, hockey and badminton and winners get awarded by prizes.

During the celebrations, locals in small shops sells hundreds of handicrafts products, household utilities, toys and decorative items made by the them and highlight of the fair is Cattle market (Asia’s biggest Cattle market) and giant firework which is delight to watch.

Dewa Sharif is just 22kms from Lucknow. Plenty of UPRTSC buses do to and fro from lucknow, Masauli, Kursi, Fatehpur Sikri, Suratganj, Cinhat, Barabanki to Dewa Sharif at the minimum price of Rs85.

The nearest train station is Barabanki Junction at the distance of 9kms from the town. The station lies on Delhi- Gorakhpur railway line that means it is well connected to Kanpur, Agra, Ranchi, Loni, Delhi, Gorakhpur and Kolkata with frequency of 384 passenger trains in a week.