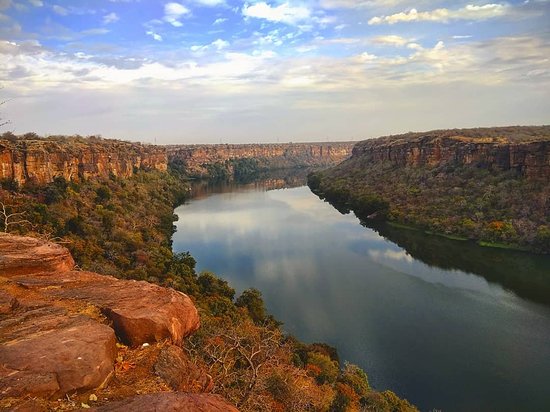 The best time to visit the National Park is from February to May. This national park is located at a distance of 50 km from Kota and is considered one of Rajasthan’s most renowned national parks. This was historically to be the place of royal hunting, and the Rajputs, Marathas, and Britons used the land during wars to seek asylum. In around 1955, this park was declared a protected area by the government of India, and this national park was launched in 2004. This place is a famous tourist visiting a place with astonishing sightseeing.

How to reach Darrah National Park

By air: Mukundra (Darrah) national park is about 300 km from Kota and the nearest airport is Udaipur.

By Rail: Kota is situated at about 50 km from Mukundra Hills (Darrah) National Park. By Rail The nearest railway station is Kota.

By Bus: The bus stop in Kota on the road to Bundi on the eastern bank of the Chambal River is the closest bus station to Darrah. This resort offers great facilities in all major Rajasthan cities such as Ajmer, Chittorgarh, Jaipur, Udaipur, and so on.

Jhalawar Fort, locally named Garh Palace, is situated in the heart of the city and is a popular Rajasthan tourist attraction. Founded by Maharaj Rana Madan Singh and his followers during the years 1840-1845, this palace is mainly known for its magnificent works, which can only be seen after the authorities have granted it their special permission. At a brief stop in the fort, Jhalawar visitors should stop at the magnificent Zenana Khas or “Women’s Palace,” where walls and elaborate frescoes decorated in an extravagant mirage can never fail to impress anyone.

Jhalrapatan is a city in southern India’s Jhalawar district. It has around 37,506 inhabitants. In Jhalrapatan the first municipality was created. It was founded as India’s last fort and is a great historic place to visit.

This is inside the fort and Jhairapatan was founded in the 10th century and famous for the ruins of the Sun Temple. A host of ancient temples are situated on the banks of the river Chandrabhaga, most of them built between the 7th and the 8th centuries. Visiting the haunting sanctuary of Darrah is a very enjoyable experience because it offers not only its wild side but also its rich past. One must not forget that from July to September the sanctuary is not limited to tourists.

Ruins of ancient temples were constructed on the banks of the river during the 7th and 8th centuries. The river banks are known and active as the Chandrabhaga Fair, which is dedicated to the river, takes place during the Kartik Purnima month of October / November. On this day, thousands of fans are dipping in this river. This fair draws tourists so they can become acquainted with traditions and customs. During the fair, there are many contests involving animals and mustache, and tourists are attracted to this fair.