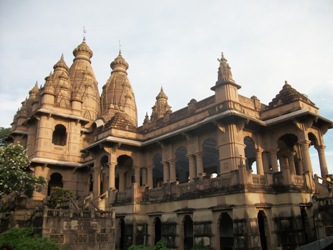 Begusarai is a district in Bihar, India. The district lies in northern banks of the mid plain of river Ganga and Begusarai has 3 flood plains:

It has total land area of 1918km2, the official languages are Hindi and Urdu but the regional dialect is Maithali. There are major 5 divisions of the district:Begusarai city

The prime source of economy is agriculture. The district is known as industrial and financial capital of Bihar. The village Barauni is home for oil refinery, a thermal power station etc. The ideal time to plan a trip is from mid -November to first week of March. The world famous academics like Ram Sharan Sharma and Ramdhari Singh Dinkar were born in this district.

NH 28 and NH 31 are the two main highways that connect Begusarai with major parts of country. NH 28 connects Lucknow, Uttar Pradesh to Barauni in Bihar. Distance b/w Barauni and Begusarai is 17 kms. NH 31 strats from Unnao, Uttar Pradesh and passes through Begusarai and terminates at Malda, West Bengal with its crossing with NH 10.

The railway line connects the city with prime locations of country like Delhi, Guwahati, Amritsar, Lucknow, Varanasi, Chennai, Mumbai etc. The nearest major station is Barauni Junction. It is only 17 kms from the Begusarai Junction and the distance is covered by taxi or auto-rickshaw.

The district doesn’t have its own airport. The nearest airport is the Jay Prakash International Airport in Patna, at a distance of 127kms.The distance is covered by local buses or taxi and those are run by state decided fair.