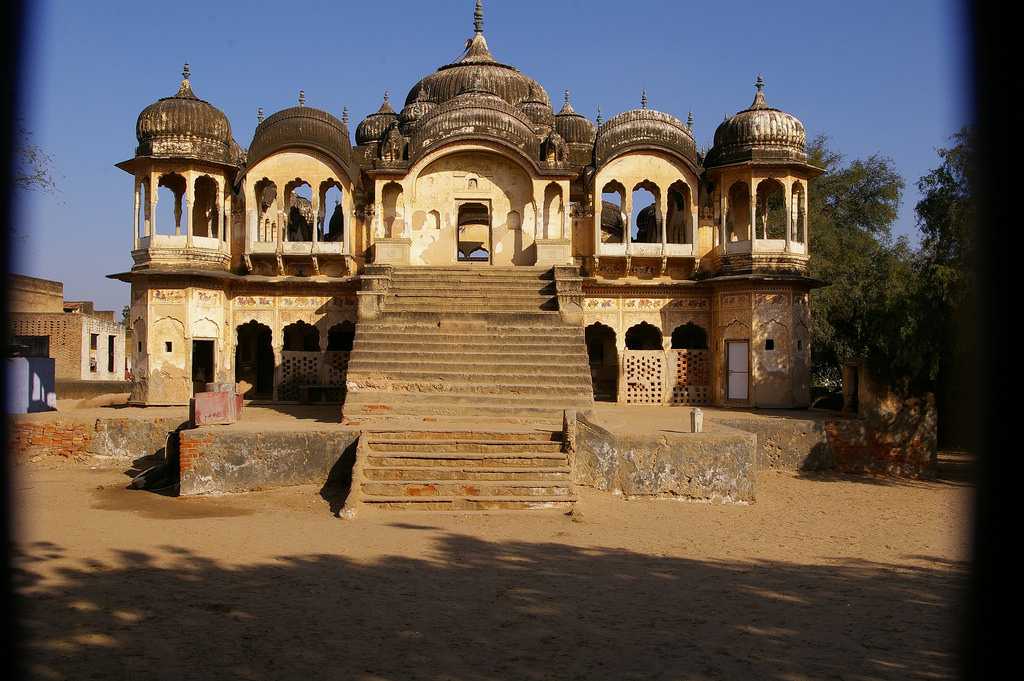 A town called Churu is famous and has brilliant haveli’s and frescoes. Churu has unique architecture on the edge of the Thar Desert amid the shifting golden dunes. Known as the “Thar Desert Gateway,” Churu lies in northern Rajasthan in the historic Shekhawati area. Due to its architecture Kanhaiya Lal-Bagla and Surana ‘s great haveli palaces and 400-year-old fort, Churu is a popular tourist attraction. The town is a great place to go from New Delhi on weekends.

How to reach Churu

By Air: You can fly to the airport of Sanganeer (Jaipur) instead of Churu. Churu is located 175 kilometers away from Sanganeer Airport, Jaipur, Rajasthan, and 222 kilometers from Delhi.

By Rail: Daily trains run to Churu from other major cities in the region.

By Bus: Churu can be easily reached by regular bus from other major cities across the country.

The best season to visit Churu is the winter season. For the months of October-March, the Churu is perfect for a ride. Monsoon is also an excellent time to travel, although the summer season is the least recommended time for visits with unbearably hot climates.

Famous places to visit in Churu

The Shekhawati area of Rajasthan is famous for its abundance of wall paintings that adorn many houses, including Haveli, with its walls. Shekhawati is defining the pre-Independence Dhundar or Jaipur district or nizam. The area was ruled by the descendants of Rao Shekha, known as the Shekhawat’s, the Rajput baron from the 15th century. It is composed of Jhunjhunu and Sikar’s two modern districts.

Shree Shantinatha is the sixteenth Jain Tirthankara of the present age. Shree Shantinatha was born in Hastinapur in the Ikshvaku dynasty of King Visvasen and King Achira. Its date of creation is the 13th day of the Indian calendar’s Jyest Krishna month. He was a Kamadeva and a chakravartin. After more than 25 thousand years on the throne, he became a Jain monk and began his penance. He was a member of the throne when he was 25 years old. He became a Siddha, a free spirit, according to Jain beliefs, and has lost all her karma. Visiting this temple gives people divine peace and relaxation in mind.

The temple of Mata Mansa Devi in the district of Sikar, Rajasthan state, is dedicated to the goddess Mansa Devi, a Shakthi type. The temples complex is located on 100 hectares (0.40 km2) from the foothills of the Hasampur Mountains in the villages of Hasampur, near Neem-Ka-Thana, and Sikar, 20 km from National Highway 8 (India) Kotputli. It is one of North India’s famous Shakti temples. Thousands of devotees visit the shrine from different parts of the world, and this number increases for the nine auspicious days each day, particularly during Navratra mela. This is a very well known tourist place.

Sethani Ka Johara is the reservoir constructed at the time of a terrible famine which hit the area in 1899 by the widow of Bhagwan Das Bagla. It was one of the best projects for the protection of rainwater from one monsoon to the next. The historic site of the Sethani Ka Johara is about 5 km northwest of the Ratangarh road. The place became established as an attractive tourist site. Today, animals like Nilgai, etc. can be seen living in this body of water. It’s also a peaceful place for tourists and residents.

Ratangad (Marathi – round) is the oldest artificial catchment area in Ratan Wadi, Maharashtra, India, and overlooks Bhandardara. It’s situated in the district of Maharashtra in Ahmadnagar. It is at the limit of the districts of Ahmadnagar and Thane. The fort is about 400 years old. Sometimes covered in November by flowering plants. The Jewels of the Fort is also known as Ratangad.