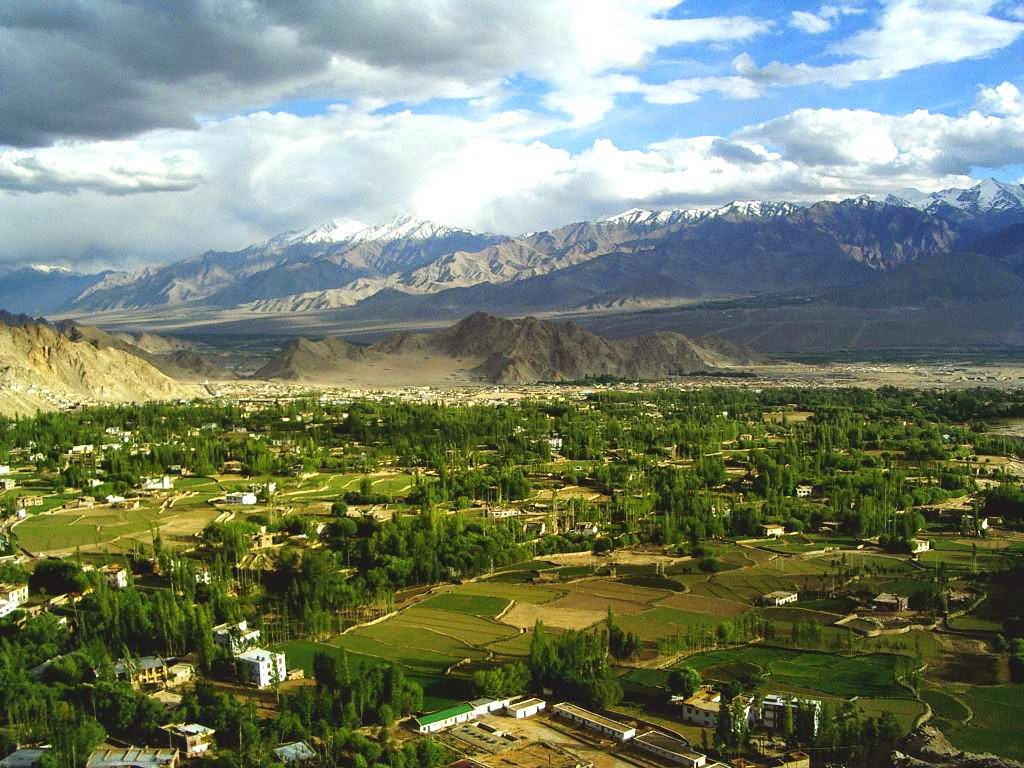 Hemis is a town in India 40 km southeast of Leh in Ladakh, well known for the Hemis monastery that was established in 1672 AD by king Senge Nampar Gyalva. Hemis is best known to tourists for the colourful festival held in July. Hemis also could be associated with the Hemis National Park, an area that is home to the endangered snow leopard. The national park was created in 1981.
To Get Here :(Road) 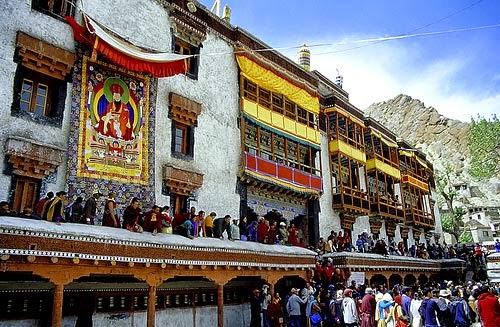 MONASTERY
Hemis Monastery is a Tibetan Buddhist monastery (gompa) of the Drukpa Lineage, located in Hemis, Ladakh (within the Indian state of Jammu and Kashmir). Situated 45 km from Leh, the monastery was re-established in 1672 by the Ladakhi king Sengge Namgyal. The annual Hemis festival honouring Padmasambhava is held here in early June. Hemis Monastery existed before the 11th century. Naropa, the pupil of the yogi Tilopa, and teacher of the translator Marpa is connected with this monastery.
To Get Here :(Road)

Hemis National Park or Hemis High Altitude National Park is a high altitude national park in the eastern Ladakh region of the state of Jammu and Kashmir in India. It is the only national park in India north of the Himalayas, the largest notified protected area in India and thus the largest national park of India, is the second-largest contiguous protected area after the Nanda Devi Biosphere Reserve and surrounding protected areas. The park is home to a number of species of endangered mammals including the snow leopard. Hemis National Park is India’s only protected area inside the Palearctic ecozone, outside the Changthang Wildlife Sanctuary northeast of Hemis, and the proposed Tso Lhamo Cold Desert Conservation Area in North Sikkim.
Area: 4,400 km²
Address: Leh, Jammu and Kashmir 194302

To Get Here
Nearest airport: Leh Kushok Bakula Rimpochee Airport, Leh district about 5 km away
Nearest railhead: Kalka, Haryana
Nearest highway: Leh-Manali Highway, and National Highway 1D (Srinagar – Kargil – Leh), both near the northern borders of the park
Nearest town: There are quite a few villages and gumphas (monasteries) inside the national park
Nearest city: The city of Leh is 10 km to the north of the park.