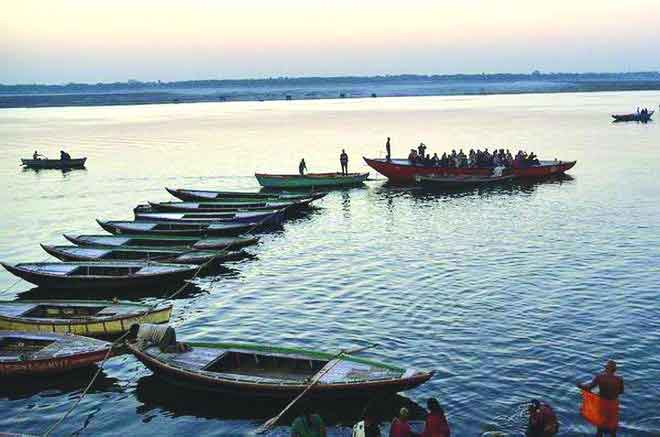 Haldia is an industrial port city in Purba Medinipur district of West Bengal. It is often considered as a mere river port, but it has a lot more to offer other than the foreign rich trades of India. It is bordered by Haldi River which is an offshoot of the Ganges River.  It is the centre for many petrochemical businesses in West Bengal.

Haldia has a tropical climate, with winter temperatures ranging from a low of around 7 °C  to a high of 22 °C.

Summers can be very hot and humid. Usual summer temperatures in May, the hottest month range from a low of 24 °C degrees to highs around 39 °C degrees. But Kalbaishakhis during the summer provides relief to the people.

Rainfall is heavy during the monsoon period with an average rainfall of 3,650 mm (144 in) and the rainy months are between May and September.

Roadway – Haldia is connected to Kolkata by Volvo bus. Recently efforts have been made by the introduction of new air-conditioned buses which take less than three hours from the place to Kolkata. Haldia is also connected to Kharagpur by bus.

Railway – The Haldia railway station is well connected to Kolkata, Chennai and Delhi. For long-distance trains which are there for one or two weekly for Delhi and Chennai, you have to go to either Mecheda or Kolkata or Kharagpur.

The top places near to Haldia

The best time to visit Haldia is around the onset of winter, that is between October and December because the temperature during this time is low and there is less humidity in the atmosphere.

Who should visit Haldia?

All age groups of people can visit the place. Since Haldia is full of temples, it is a good place for religious people. It is also a good place for those who want to learn about Bengali culture.