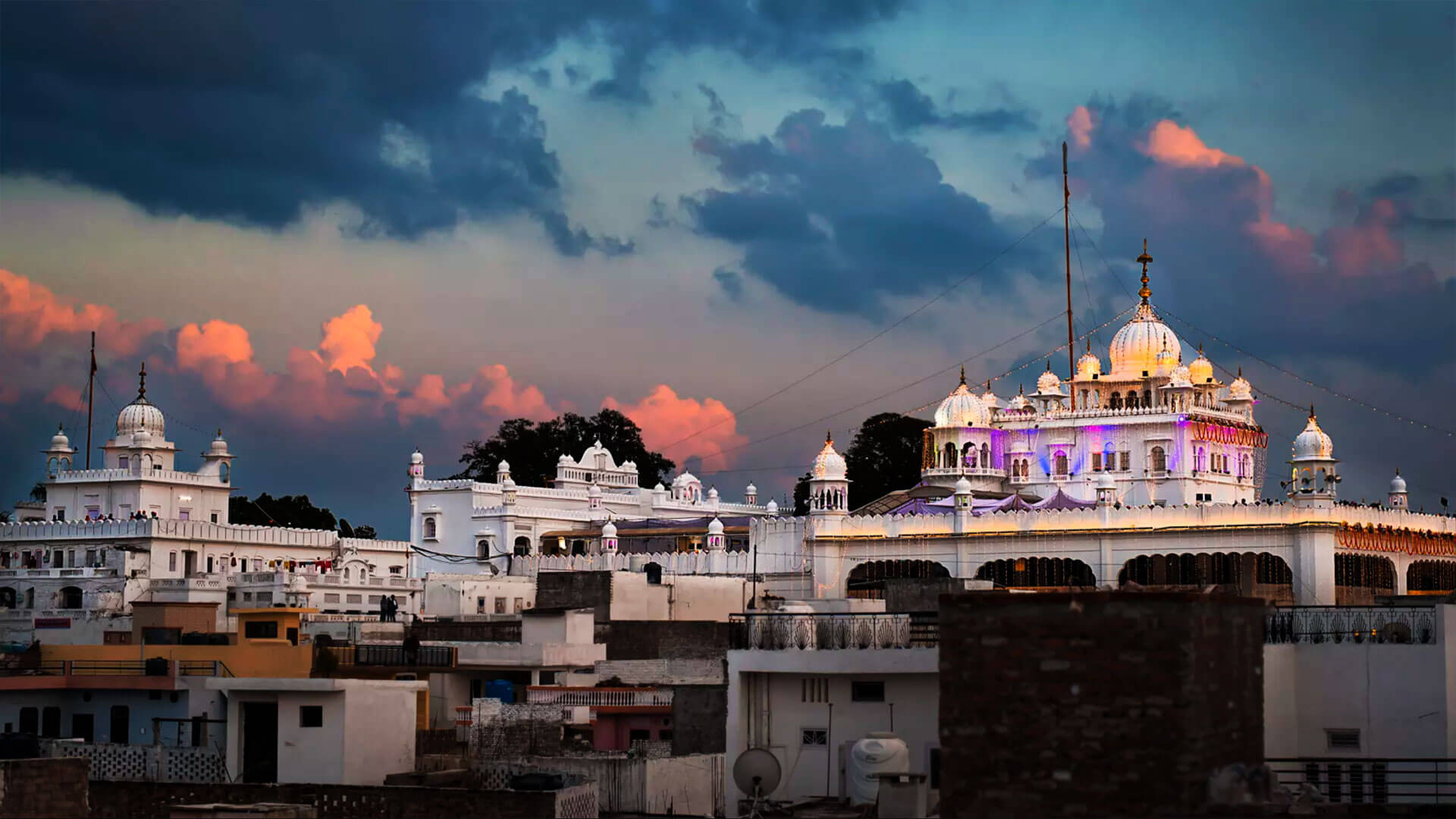 Anandpur Sahib also referred to as Anandpur is situated in the District of Rupnagar (Ropar), on the edge of Sivik Hills, in Punjab Indian State. This is the site of the foundation of Khalsa Panth by Guru Gobind Singh Ji in 1699. It is the birthplace of Kesgarh Sahib Gurdwara, one of Sikhism 5 Takhts. The city is the place of pilgrimage in Sikhism. In the spring, it hosts Hola Mohalla’s most popular yearly Sikh gatherings and festivities.

Anandpur Sahib is located in the plains of northern India. The climate here is temperate throughout the year. Winter is the perfect time to see the cold weather and visitors will be able to easily walk along the city’s streets.

How to reach Anandpur Sahib

By Rail: Anandpur Sahib railways station is the closest station and has good connectivity.

By Road: Take NH1 straight after Karnal and Ambala from Delhi. Go to NH3 in the vicinity of Chandigarh to Anandpur. Stay below the Chandigarh and Anandpur Sahib flyover in Ambala. It has good road connectivity.

In honor of Sikhism, the Virasat-e-Khalsa Sikh Museum celebrates the glorious Sikh history. Visitors will find relics and memoirs of the Sikh warriors’ battles and triumphs over the last few centuries thrilled. This museum celebrates Khalsa anniversary and exhibits scripts written by its 10th human guru, Guru Gobind Singh Ji. It is designed in a style of fortification with a majestic bridge that connects the two structures on both sides of a gully. The smaller building complex to the west has a wide lobby, a science and reference library with many exhibition galleries.

Takhat Sri Kesgarh Sahib Ji is one of the most famous Gurudwara institutions, situated right in the heart of Anandpur Sahib. It was built in 1689 and here Khalsa Panth was born. Guru Gobind Singh Ji initiated Khande di Pahul on Baisakhi Holy Day in 1699. This holy shrine is very important for the local people. It is one of the top five (Takhats) seats. It houses various past art facts and remembrances, including Guru Gobind Singh’s Khanda and the double-edged sword that he used to prepare Amrit with his weapons, Katara.

Sarovar Anandpur Sahib’s pious and holy waters are like purification. This holy lake is a significant location for locals and visitors alike, covering about 80 square meters (860 square feet). This Sarovar is located next to Takhat Sri Kesgarh Sahib Ji and is full of people who come for their pilgrimage to the holy city of Anandpur Sahib. The dipping in these waters is believed to serve as a spiritual purifier, and to keep any misunderstanding at bay. Thus, in this revered lake people can be seen dipping. The lake is frequented during the day but after sunset its beauty changes totally due to the variety of light that reflects and illuminates the water on the lake.

You can explore the most select natural facilities at the Jhajjar Bachauli Sanctuary. This nature reserve is situated 15 km away from Anandpur Sahib and is a paradise for lovers of nature, wildlife, and adventure. It is located near the mighty river Sutlej, this shrine offers tourists truly enjoyable natural sights.