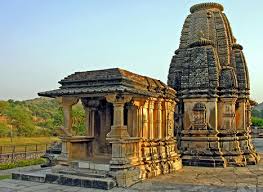 The Eklingji Temple is one of Rajasthan’s most famous temples, located 22 km north of the city. The Lord Shiva of the Hindu religion is dedicated to the Eklingji temple and its brilliant architecture attracts many visitors every year. With its pyramidal roof style and unusual sculpted tower, this double-story temple looks impressive. The outside walls of the temple are extended with steps that lower the peaceful waters. The reigning idol of Mewar rulers is expected to be Eklingji by Bappa Rawal. You’d see a lovely silver image of Nandi on your way into this space, and inside the temple, there are two other pictures of Nandi gravure in black stone and brass. This temple is charged with the fascinating smell of Eklingji (Lord Shiva) and it is known for its striking four-faced idol made of black marble. Its height is about 50 feet and the four faces show Lord Shiva’s four forms.

By Air: In the center which is 21 Km from Eklingji temple lie Dabok airport. Five major cities are linked to Udaipur, namely Delhi, Mumbai, Jaipur, Jodhpur, and Aurangabad.

By Rail: Udaipur railway is linked via rail network to many locations. The train is just 3 km from the center of the city. There is a direct line to the city of Lakes, Udaipur from Delhi, Jodhpur, Jaipur, Chittaur, and Ahmadabad. You will have fun train journeying when you ride with your family and friends.

By Road: Udaipur is connected to National Highway 8 by roadways. NH 8 is an important connecting road between Delhi and Mumbai. Public transportation like cabs, taxis, and buses can be taken advantage of. The transport companies from and to Udaipur offer an accessible, safe, and convenient journey to the four states (i.e., Uttar Pradesh, Gujarat, Rajasthan, and Madhya Pradesh).

There is no perfect time to seek God’s blessing, but considering the weather in spring (February-March), you can take a short ride and it is considered to be the best time to visit. The one day Udaipur darshan package provides a visit to all major sights of Udaipur conveniently and unobtrusively on a tight schedule for tourists visiting Udaipur.

Sasbahu Temple is the twin temple of the 11th century in Gwalior, in Rajasthan, India, and is in the name of the Mandir Sasbahu, Sas-Bahu Temple, Sahastrabahu Temple, or Harisadanam Temple. It was mainly in the midst of ruins near the Gwalior Fort and in the same way, dedicated to Vishnu in its Padmanabha style as many Hindu and Jain temples in this region. This is a very beautiful temple.

In the Dausa district of Rajasthan, the Mehandipur Balaji Mandir is a famous Hindu temple dedicated to the Hindu deity Hanuman. The word “Balaji” is used in many parts of India for Shri Hanuman because there is a special celebration of the childhood form of the Lord. Balaji (other Shree Hanuman Ji name) is dedicated to the temple. It’s in a town rather than in the mountains, as opposed to similar religious sites. It draws many pilgrims from Rajasthan and elsewhere for its renowned history for ritual healing and the exorcism of evil spirits.

The tower and sanctuary of the temple are destroyed but ruins can still admire its architecture and damaged sculptures. On a square level the platform is 100 feet (30 m) long and 63 feet (19 m) large. This temple has its characteristic features and elegance with the temple of three levels. A central cluster concept was adopted and the temple is beautifully constructed.

The Temple of Udupi Sri Krishna is a renowned Hindu temple in Rajasthan, India, dedicated to Lord Krishna and Dvaita Matha. The region of the Matha is like a living ashram, a refuge for everyday devotion. Around Sri Krishna Temple there are several temples, including the over 1000-year-old Udupi Anantheshwara Temple. It is a famous tourist devotee’s place.