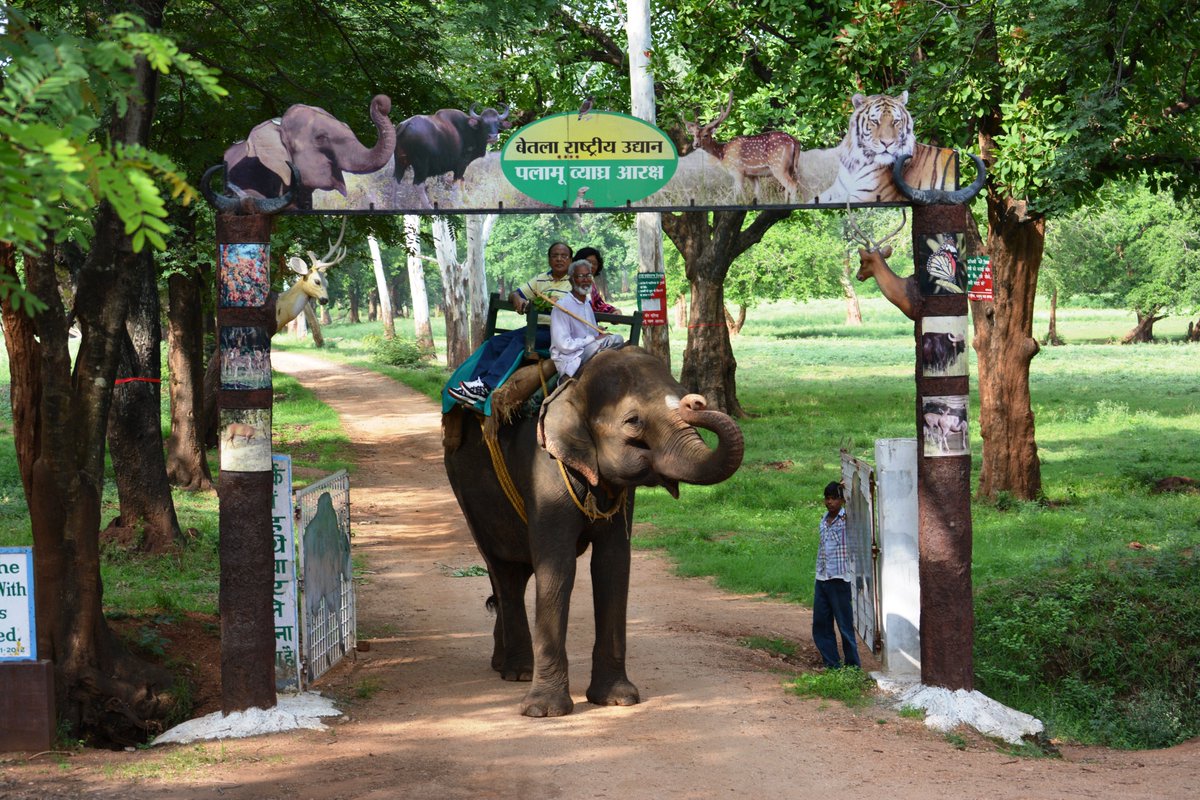 Betla National Park is located on Chhota Nagpur Plateau in the Latehar district of Jharkhand established in the year 1986 and became one of earliest 9 tiger reserves under ‘’Project Tiger’’ in India in the year 1974. It has total land area of 1014 km sq. Apart from the wildlife; the park has waterfalls and hot springs. One of the historical forts is Palamu Fort. It is now covered in the dense forest but the 3 gates are still visible from the hill top. The park provides jeeps and cars with travel guides to observe the wildlife closely and at certain places man –made towers and ground hides are found. The park is open throughout the year and best time to explore the area is between April to May (summers; when herbage is not as thick) and according to season, the best time is early winters; November to March. The entry fees for the park are Rs.10 for Indians and Rs. 200 for foreigners. Government of Jharkhand provide travel packages to increase tourism.

The park in total has wide range of vegetation. Tropical wet evergreen forests in the lower case, mixed deciduous forests in the middle case and temperate alpine forests in the upper case. The park has enormous variety of Sal, Bamboo and other medicinal plants.

Palamu Tiger Reserve is a part of Betla National Park established in November, 1973. Apart from tigers, reserve have wild dogs, elephants,leopards,gaurs, sambars and over 140 species of birds.It was in 2013 that officials has seen 2 white vulture in Palamu Tiger Reserve. Despite having a tiger reserve, the tiger population is extremely low due to regular hunting by villagers of the core area and tiger census has become difficult due to naxalites.

The park is located in Daltonganj city, which is connected all over the place by National Highway 75 and take secondary ride of 15kms to Betla.

The nearest domestic airport is Birsa Munda Airport, Ranchi. The flights are available all day long.