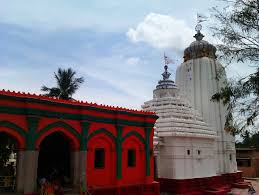 Baripada is the cultural centre of North Odisha and it is the headquarters of Mayurbhanj district in Odisha. This place is also known as the educational hub because numerous professional colleges have been opened here. This place is well-recognized for its special art and culture. To honour the local talents, a festival called Chaitra Parva is celebrated here.

1) Jwalamukhi Temple – This temple is dedicated to the Goddess of Light. It is one of the most sacred Hindu temples, but it owns a gold-made dome which was gifted by the Mughal Emperor, Akbar.

2) Jagannath Temple – This temple is dedicated to Lord Jagannath and it is known as the “Second Srikhetra” of Odisha.

4) Baripada Museum – This museum is famous for its special collection of stone sculptures, terracotta art pieces, ancient documents, and other aesthetic works.

5) Jubilee Library – Another name of this library is Sriram Chandra Library which is one of the most ancient libraries ever in Baripada.

The time between November and February is perfect to visit Baripada. The temperature of summer remains around 19° to 45° which is not suitable for travelling and visitors have to face heavy rainfall if they travel Baripada in monsoon. Winter is the only time when every visitor can travel here without facing any bad weather.

How to reach Baripada

The bus route is the best option to reach Baripada. Government and private buses are always readily available to reach the Baripada bus stand. Luxury buses and taxis are also available on this route.