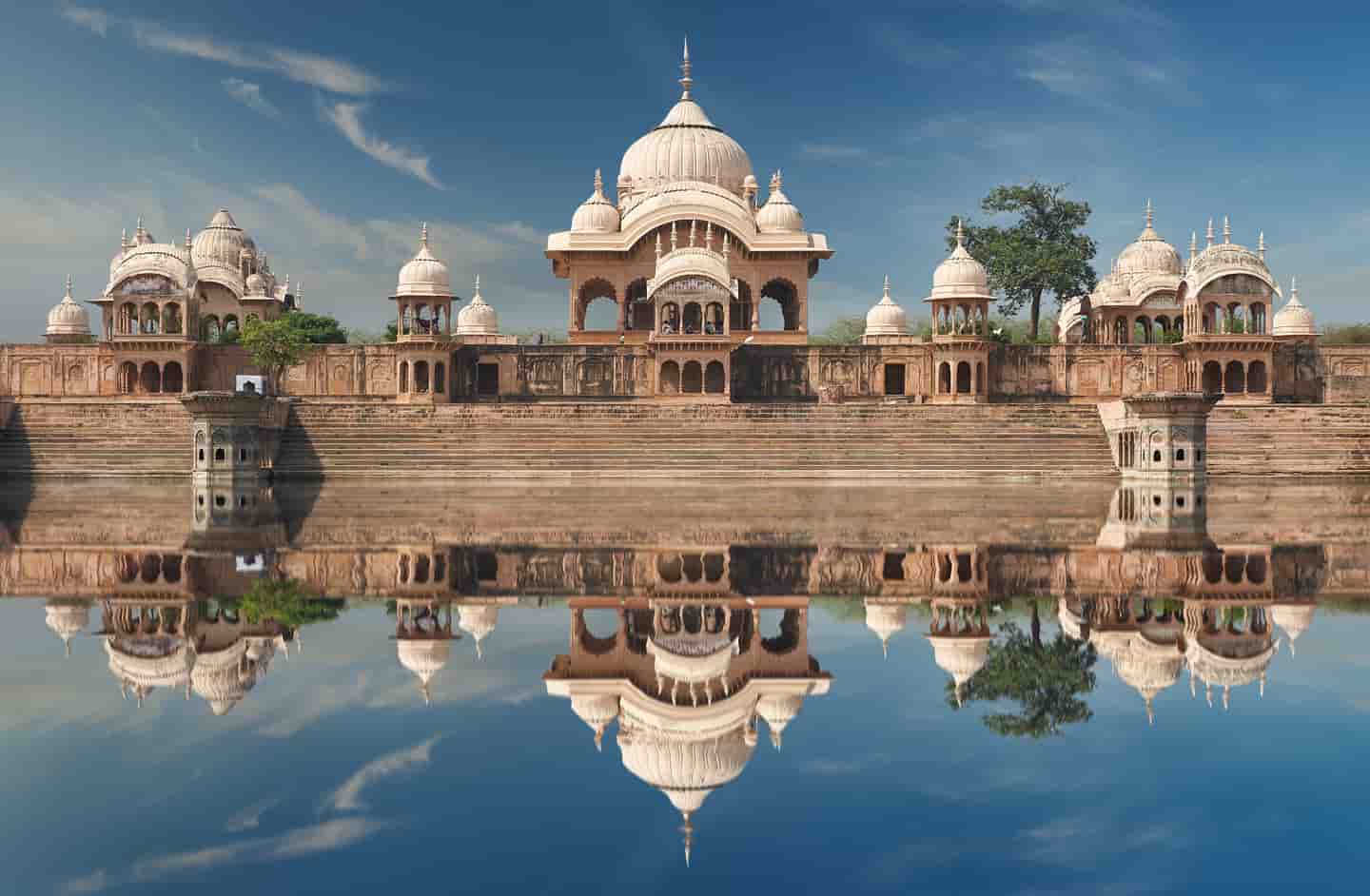 Mathura is a city in Indian state Uttar Pradesh. In Hinduism, Mathura is believed to be birthplace of Lord Krishna and this place is considered one of the Sapta puri (one of the 7 holy cities in Hinduism). Mathura is situated on the banks of river Yamuna, where Krishna used to spend most of his childhood singing and playing that is why the river is considered as sacred and worshiped by Hindus all over the world.

The significant of Krishna Aasthami or Janmasthami and Holi is seen in the Mathura only. The whole Mathura district is decorated well with lights, flowers and oil lamps. Various events are organized like Krishna-leela and fairs where commoners participate and enjoy too.  The Janmasthami (on the day Krishna was born) celebrations began at mid-night with chanting of hymn.

This place is dedicated to Krishna. The entrance of the temple reflects rajasthani architecture. The centre of attraction is black idol of Krishna and white idol of Radha. The place is also known for its amazing swing festival celebrated at the beginning of Monsoons.

Gita Mandir is also known as Birla Mandir, the prime point of attraction is the pillars of the temple. On the pillars, 18 chapters of Bhagvad Gita are illustrated from thousands of years ago.

This Ghat is made up of marbles and surrounded all over by temples creating beautiful scenes in the evening. It is believed that Lord Krishna rested here after killing Kansa. At the time of evening prayer, the water is seen with flowers and thousands of oil lamps floating.

This hill is mentioned in the several Hindu text and books. Krishna lifted up the whole hill to fight Indra (god of rain and thunder).  Krishna devotees consider this place as a pilgrimage site.

Other Places To Explore

The nearest domestic airport is in Agra at 50kms, from airport taxi and auto facility is available to Mathura. But a major portion of tourista prefers Indra Gandhi International Airport in Delhi.