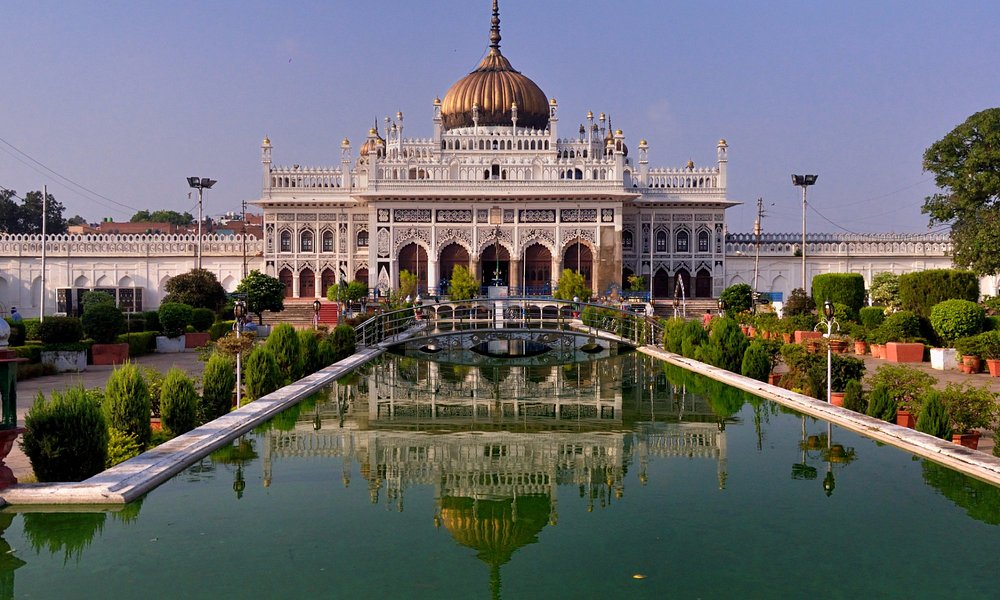 Lucknow is the capital city of Uttar Pradesh.  It is the richest city in UP because it allocates multiple sectors to grow like education, tourism, music, design, medicine, technology and culture. The place is also known by the name of ‘’Nawabo ka Sahar” because the Nawabs had a major impact with their lavish lifestyle and were also supporters of art on the residents of Lucknow. Lucknow, Agra, Varanasi comes under the Uttar Pradesh Heritage Arc made up by the state government to boost tourism in the state. The official languages are Hindi, Urdu and the regional dialect is Awadhi.

The city’s climate is humid subtropical climate. So, the summers are highly dry and the average rainfall during monsoons is relatively low. The metropolis is located on the plains so the ideal time for visitors is winters (September to March).

The Zoo is home for 447 mammals, 348 birds, 57 reptiles and 97 species of wild animals. The most populace defines Royal Bengal Tiger, White Tiger, Lions, Wolves, Hoolock Gibbons, Himalayan Black Bears and Indian Rhinoceros. The entry fee is Rs30 to Rs60. A

Bara Imambara is located in the old Lucknow known as Asif Mosque built by Asaf –Ud –Daula,  4th Nawab of Lucknow. The monument was built as an out view of famine. When famine hit Lucknow, the 4th Nawab declared that whoever is ready to do the labour work in the construction of the building will get food as wage.

Inside the British Residency is the Memorial Museum. The museum offers the detailed description of the history of the first Rebellion of Independence.

On the entrance, there is the tomb of Sultan Ahmed Shah.  It is also known as Jami Masjid and is one of the biggest mosques in India. The mosque depicts both Hindu and Muslim architectur

An imposing gateaway build by Nawab Asaf-Ud-Daula in 1784. This is a less explored treasue/heaven of Lucknow.

The to and fro luxury, Volvo, duplex and state buses are available from Agra, Delhi, Kanpur and Varanasi, Jaipur and Kota at regular intervals.

There are 14 railway stations in Lucknow; the 2 main serving stations are Lucknow Railway Station and Lucknow Junction. The city hosts trains from every possible part of the country like Delhi, Hyderabad, Bhopal, Jhansi, Jabalpur, Ranchi etc.

Lucknow airport is Chaudhary Charan Singh International airport; it is the 2nd largest and busiest airport in central and northern India and situated 20kms away from the city. There are ample flights from Delhi, Bombay, Hyderabad and international destinations including Oman, Dubai, Riyadh, Bangkok and Muscat.