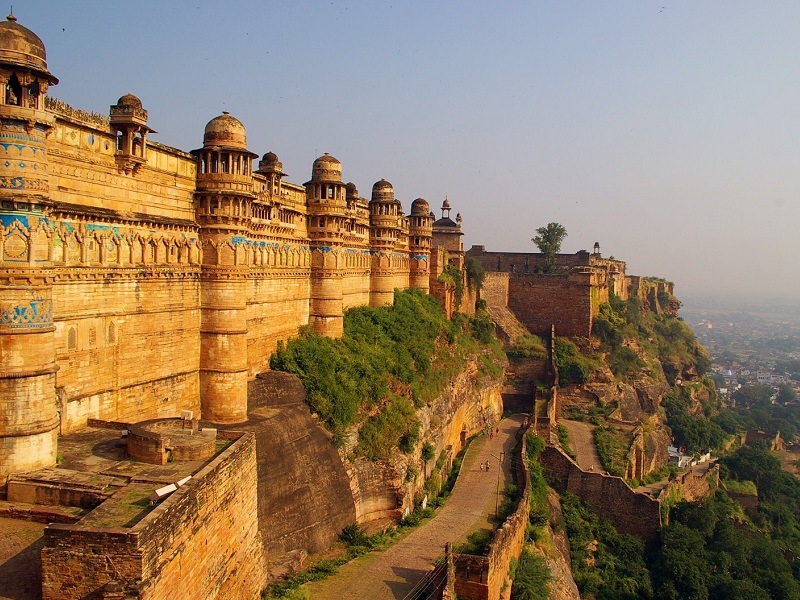 Jhansi is a district in Northern Bundelkhand region of Uttar Pradesh. The place is very close to Madhya Pradesh so their cultures blend very well.  It is located around the rivers Betwa and Pahuj and often known by the name of ‘Gateway of Bundelkhnad’.  Jhansi district is only known by the name of Rani Lakshmi Bai, she and her army fought bravely for 2 weeks against British at Indian Independence war in 1857 and that’s why she is called as “Queen of Jhansi”.

Jhansi is situated on rocky plateau, so the weather is extreme in every season of the year. In summers, the highest recorded temperature is around 47-50 degree Celsius. Monsoon remains throughout the year. The ideal time to visit Jhansi is in spring because; the weather is comfortable (in the month end of February and before April).

Jhansi fort of Jhansi ka kila was built by Raja Bir Singh Deo of Orchha and is situated in the heart of the city and built in the area of 15 acres of land. The fort architecture is of northern style and is made of thick granite walls.

The palace is built by Ragu Nath-II in 18th century. It is a flat-roofed double storyed building with quadrangular courtyard. Major part of the palace is destroyed by British regime during Independence war; the remains of inside of the palace are still very colorful.

This museum is built by the government of Jhansi. The place not only tells us about the history and culture of Bundelkhand region but it also has childhood and young age pictures of Lakshmi Ba dresses.  The Museum has all the dresses of her and weapons like swords and guns which were used by Queen of Jhansi.

This dam is built by the British and served as major source of drinking water and agriculture purposes. This place is good for boating and fishing with natural view.

Jhansi is well connected to road by plenty of state and private buses with Agra, Delhi, Kanpur, Lucknow and Khajurao. The major point of boarding on private bus is from Gwalior and Khajurao to Jhansi.

Jhansi station is an important station in Delhi-Meerut train network. The city is connected with Mumbai, Chennai, Bangalore, Hyderabad, Agra, Ahmedabad, Indore, Ujjain and many more.

The nearest domesic airport is Gwalior airport at 103kms and the nearest international airport is at Delhi. Major flights of Jhansi terminate to Delhi airport.