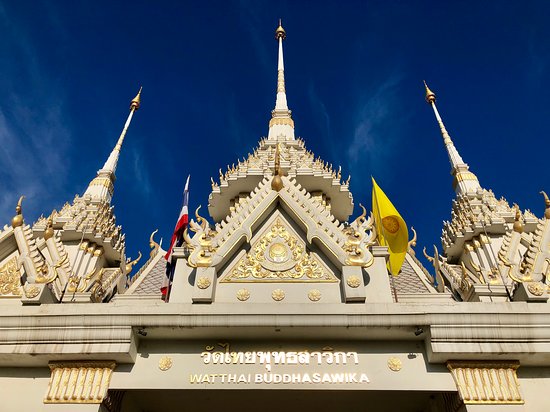 Kushinagar town is located at Kushinagar district in Uttar Pradesh. The town is an international pilgrimage site for Buddhist and Buddha devotees have to visit the place once in their lifetime. It is believed that Lord Gautam Buddha attended Parinirvana after his death. The best ime to visit Kushinahar is between Novembers to February, when the weather remains mild cold/ hot and pleasant.

Rambhar Stupa was built by Ashoka as a gift to the Buddhist community. There is a tall 50 feet statue of Lord Buddha in the stupa, it is believed that Buddha attended his Mahaparivana at the banks of Gandak River and at Rambar tupa Lord Gautam Buddha was incinerate.

Wat Thai Temple is also known as Wat Thai Chalermaraj temple built by the followers of Buddha from Thailand to celebrate the golden jubilee of king Bhumibol Adulyadej’s succession to the throne of his country. The temple surrounding is very clean, pleasant to spend a day with your family and friends.

The meditation park is developed artificially with water bodies and lush green grass. The park has enormous amount of Sal trees and other green plants to facilitate relaxation process.

The Nirvana Temple is also known as Mahaparivana Temple. The temple features a right reclining 6m long statue of Buddha which is believed to be his last moments before Parivana. Buddha devotees from all over the world visit this temple once in lifetime as a ritual.

Kushinagar is located at National Highway 28 that connects Kushinagar to Lucknow, Jhansi, Kanpur and Gorakhpur via state and private buses.

The nearest railway station is Gorakhpur station at the distance of approx 50kms from the main city area. Major stations include Pune, Ahmedabad, Kota, Cochin, Agra, Barauni and Anasol.

The nearest domestic airport is Gorakhpur station at the distance of 47kms that connects Jaipur, Delhi, Lucknow, Bangalore, Bhopal, Indore and Mumbai. As the Kushinagar is an important pilgrimage site for Buddhist so it sees a lrge no of devotees from all over the world especially from Asian countries so they take flight from the nearest international airport that is Bhairawa international airport. It connects to countries like Japan, Singapore, Thailand, China and many more.