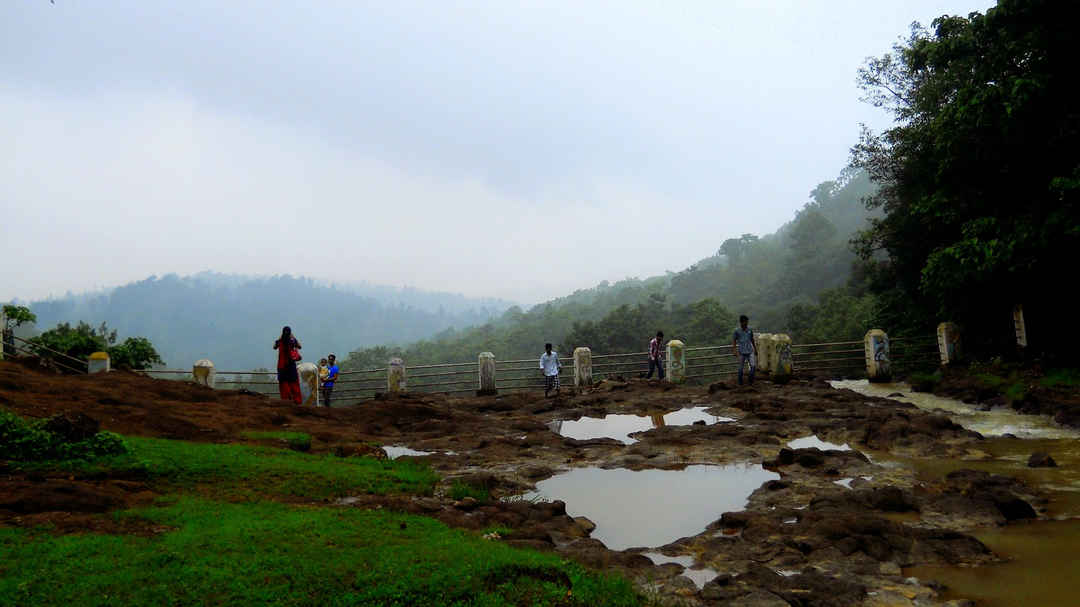 Manipat is a small hill station in Surguja district of Indian state Chhattisgarh. Recently, the government has made serious efforts to develop infrastructure like roads, hotels and general rest houses for the convenience of tourists. The village is known as “Shimla of Chhattisgarh” because of its natural beauty and essence and is packed with fun activities like trekking, Zorbing Ball and Rapling. The place is home to a number of Buddhist Temple and a large number of manufacturers of designer mats and woolen clothes.

This small town gained a lot of visitor’s attractions because of ‘Bisar Paani’ or Ulta Pani. There is this place on hills where water flows upstream 30 ft on its own. No scientific explanations are proven right to this miracle. Some say, the hill is a gravity hill and flowing of water upstream is an optical illusion, where water resist gravity and water falls from uphill to downhill.

Manipat is a small hill station with lots of greenery so; eventually the best time to visit the village is in late monsoons and winters. In those seasons, one can experience cool and refreshing feel of hills packed with outspread greenery.

One of the best ways to access Manipat is by car because the roads are well maintained. If you aren’t willing to drive then you can take CSRTC bus from any part of the state or an overnight bus from any other states. The village is well accessible from Raigarh, Raipur and Ambikapur. The ticket price usually fluctuates and depends on the traffic of passengers and festive season.

The closest serving railhead is Ambikapur railway station at the distance of approx 55kms from the main town area. Many of the passenger train coming from North and West halts here.

Since, Manipat is a hill station, there are very less chances of owning an airport. The nearest airport is Birsa Munda International Airport in Ranchi at the distance of 300kms. Since the closest airport is in another state, the nearest in state airport is Raipur Airport distanced at approx 380kms. Both of the airports are well linked to all major cities of India.

From airport you can hire an auto or board on bus and even pre-booked cab services are available at the very moment to your desired destination.