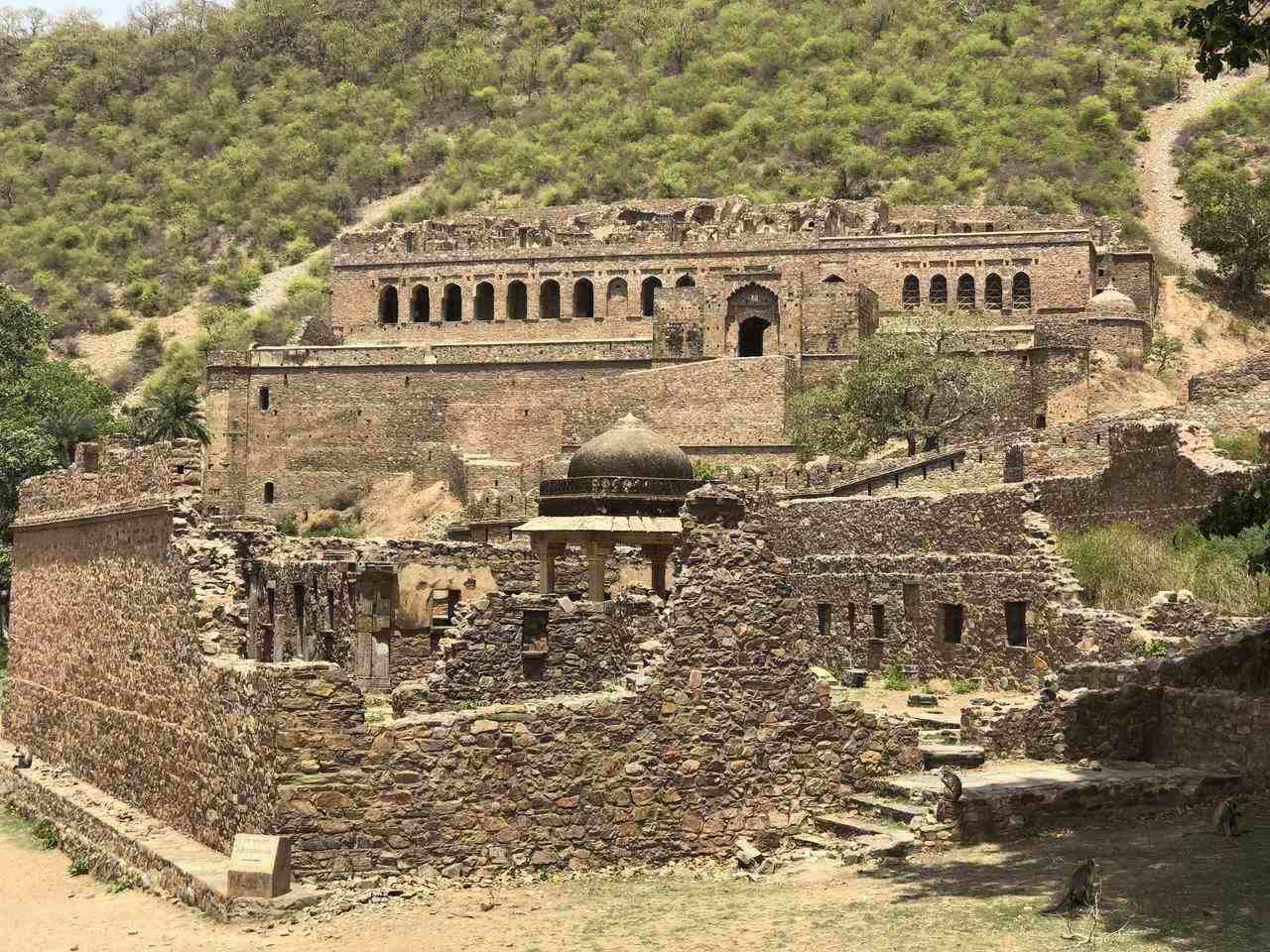 Bhangarh is famed for its ancient ruins and ghost stories were considered to be the country’s hottest spot. It is located on the road from Jaipur to Delhi. It is located in Alwar District, of Rajasthan and the Fort of Bhangarh is a 17th-century fort. Bhagwant Das built this for his son Madho Singh I. Madho Singh named him after his grandfather Man Singh and Bhan Singh. He built this fort. It gives a chill down your back as soon as you enter through the main gate of the town that is destroyed, also named Bhoot Bangla. The temples, palaces, and Havelis are inside the fort and a must-see place. Besides, the Lahori Gate, Ajmeri Gate, Phulbari Gate, and Delhi Gate have four more doors for entering the fort. At the entrance to the gates, there are several Hindu temples. This is a must-visit place if you are traveling to Jaipur.

How to visit Bhangarh Fort

Bus or road is the easiest way to get to Bhangarh but the longest way to get there. The bus to Thanagazi and Dausa can be taken from Jaipur bus station. When you go down to Dausa, It takes approximately 20 minutes to walk to the fort. You must take a taxi to Bhangarh from Thanagazi. You should remember that the bus is not available always and so you either have to know about timings or have plenty of patience. A private cab is the fastest way to reach Bhangarh.

Summers are humid, but you have opportunities when the weather is good. Monsoons are a no-no because, during a short rainy season, humidity increases to high, and rain can be very strong. Between November and February, it is considered to be the best time to visit Bhangarh Fort. The weather is fine, so you can visit the place comfortably at your comfort.

Bala Quila also is known as Alwar Fort is a fort located in Alwar in Rajasthan Indian state. It is located on a hill above the town of Alwar in the Aravalli Range. The fort is about 5 km long and 1.5 km high. In 1492 Khanzada Alawal Khan received Bala Qila from Nikumbh Rajputs. The fort was originally occupied by Nikumbh Rajputs. Stop human sacrifice practice. The Mughal Empire grew in and around East Indian and was then consolidated in Delhi. It was restored by Hasan Khan Mewati in the 15th century. This is a very famous tourist place.

This palace was built in 1845 by Maharaja Vinay Singh for his queen Shila. The Siliserh Lake occupies seven square kilometers of large expansion. It also occupies an area of 10 sq when filled. This lake represents an impressive setting for the Siliserh Palace, which Rajasthan Tourism has turned into a heritage hotel. The lake has an inspiring combination of amazing elegance and architectural charisma, with a magnificent Royal Palace. This beautiful lake has domed cenotaphs that boast an architectural grandeur. This is a peaceful place and a must-visit destination.

In Alwar, Rajasthan, India, the Kesroli Hill Fort is a 14th-century fort. It’s now a historic hotel owned by a group of Neemrana Hotels. It is regarded as one of Indian best heritage hotels, for towers, ramparts, and arched verandas.

Nilkanth Mahadev temple is a Lord Shiva’s aspect. The Temple is located in Rajasthan India. The Dravidian style of temple architecture is inspired by the temples. One dedicated to Lord Shiva and a famous Hindu pilgrimage site, the temple is one of the most revered sacred shrines. It is surrounded by thick trees, parallel to the Narayan Mountains.

Vijaya Vilas Palast is a summer palace located in Kutch’s Jadeja Maharao on Mandvi beach. The India Vijaya Palace has a private beach that provides air-conditioned accommodation in tents. Vijaya Vilas Palace has its private beach. The Kutch State royal family now lives permanently in the palace, which used it as a summer resort in the past. Following the earthquake in Gujarat in 2001, when the Ranjit Vile was severely damaged by one of the wings of their other palace at Bhuj, they moved to the Vijaya Vilas Palace. There is a museum in the Palace conserving history.