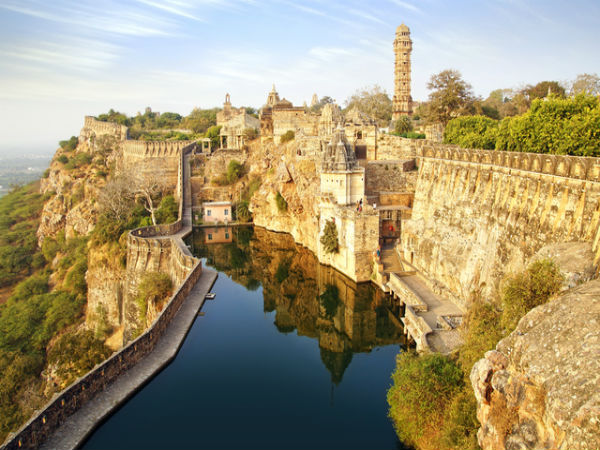 Jhalawar is situated in an old town, filled with historic fortifications and lovely palaces. It is a place that offers the chance to experience the lifestyle of Rajputana. Jhalawar was the capital of the Kingdom of Jhalawar in the early 19th century and soon became a major city in the area of Rajputana. The town of giant fortresses, its architecture, and its lovely people have a beauty that doesn’t look like any other. It is a treasure trove of history and brings you back to an era of the Maharaja and Raja Rajputana dynasties that are so proud and noble in their rule over the nation. The town today is a shadow of the glory of the past, but in its ancient suburbs, fortresses, and palaces you can still get lost. It lets you have a comfortable excursion reminiscent of history. Jhalawar is the location for those who are looking for a little fun, romance, and history.

While Jhalawar is one of Rajasthan’s key historic towns, it is well-linked only on routes to the rest of India. Bus services, cab, and taxis from major cities such as Jaipur, Jodhpur, etc. No direct link to Jhalawar flight or rail is available. The nearest airport accessible to Jhalawar is approximately 230 kilometers away from Jhalawar which is Bhopal Raja Bhoj Airport. Mandi Ramganj is just 25 km from Jhalawar closest railways station.

The best time to travel to Jhalawar is during the winter months, from October to February because it’s located in a very warm area with an arid climate. In the day the weather is cool, and at the night it is cold. The chill must be beaten during the evening with sufficient woolens. The city has a charm and sightseeing is great at this time. It is best between October and February to visit the place when the weather is mild. In the month of Kartik (October-November), Chandrabhaga Fair is held each year in Jhalarapatan. It’s one of Jhalawar’s largest festivals and tourists gather in large amount at that time.

Gagron Fort is located in the Jhalawar district of Rajasthan, Hadoti region of India. The building is located at the heart of the Rajasthan district. This is an example of a hill and a stronghold, one of the 12 forms of Vedic architecture, known as JalDurg It was the hill and water fort. In June 2013, at the 37th meeting of the World Heritage Committee at Phnom Penh, six Rajasthan Hill Forts, namely Amer Fort, Chittor Fort, Gagron Fort, Jaisalmer Fort, Kumbhalgarh, and Ranthambore Fort, were listed as a UNESCO World Heritage Site. The design of the Military Mountain in Rajput was recognized as a serial cultural property. An annual colorful show, held during the Moharram month, is the location of the Sufi Saint Mitthe Shah mausoleum just outside the fort.

Jhalawar is a city in the Indian state of Rajasthan. It is in the south-east part of the state. It is the headquarters of the District of Jhalawar and was the capital of the former Principal State of Jhalawar. Once upon a time, Jhalawar was renamed Brijnagar. A Rajput Jhala Zalim-Singh, then the Dewan of the state of Kota (1791, A.D.), founded Jhalawar. The township, then referred to as Chaoni Umedpura, was founded as a canton. The city was surrounded at that time by thick forest and fauna. Jhala Zalim Singh often came for hunting here and he liked the place so much that it was a township he wanted to establish. It was because Maratha invaders went across this central place from Malwa to Kota to capture Hadoti states that the intention was to establish this site as a military cantonment.

Over Chandrasen, the Jats king of Malawi was founded in the 6th century A.D., or the early 7th century AD by Ancient Chandrabhaga close to Jhalrapatan in Rajasthan. Some glorious 7th century A.D. temples stood on the banks of the majestic river Chandrabhaga. The complexly cut columns and the arched gates are fine examples of the architecture of the temple. The temple of Shantinath Jain is notable with fine walls and sculptures and is a famous tourist place.

The Garh Palace is a well-known and significant place of interest in the Rajasthan town. It is built at the behest and will of Maharaja Madan Singh and his successors from 1838 to 1854 AD. This is a famous ancient monument.

If you liked our blog please share it with your friends and family. For any suggestions or queries: https://indiain360.com/contact-us/