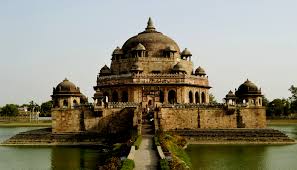 Sasaram is a city of district Rohtas in Bihar, India. It is commonly called as ‘ Sasharam’. In ancient times it was known as gateway of “Vihar” to visit Gaya, Nalanda, and Rajgrih. Lord Buddha has crossed this gate in his way to enlightened to Madhobhai tree. The city is the birth land of Afgan King Sher Shah Suri who earned the throne by defeating the Mughal Emperor, Humayun.  As the city is surrounded by hills from both the sides ( kaimur range) so the climate is Humid – Subtropical. The place is witnessed to many exotic waterfalls and rivers. The city is known as “rice bowl” due to large number of agriculture based industries. The place is called for the production of cement, fertilizers and stone chips. The speech varies greatly from Bhojpuri, Urdu, and Hindi to English. The ideal time to explore the city is winters.

The National Highway 19 connects Sasaram with Delhi, Varanasi, Mirzapur, Allahabad, Kanpur, Ranchi and Kolkata. State highway connects the city with Patna, Buxar, Rajpur etc. Mnay Ac and Non-Ac buses are available which are run by state government and individuals both.